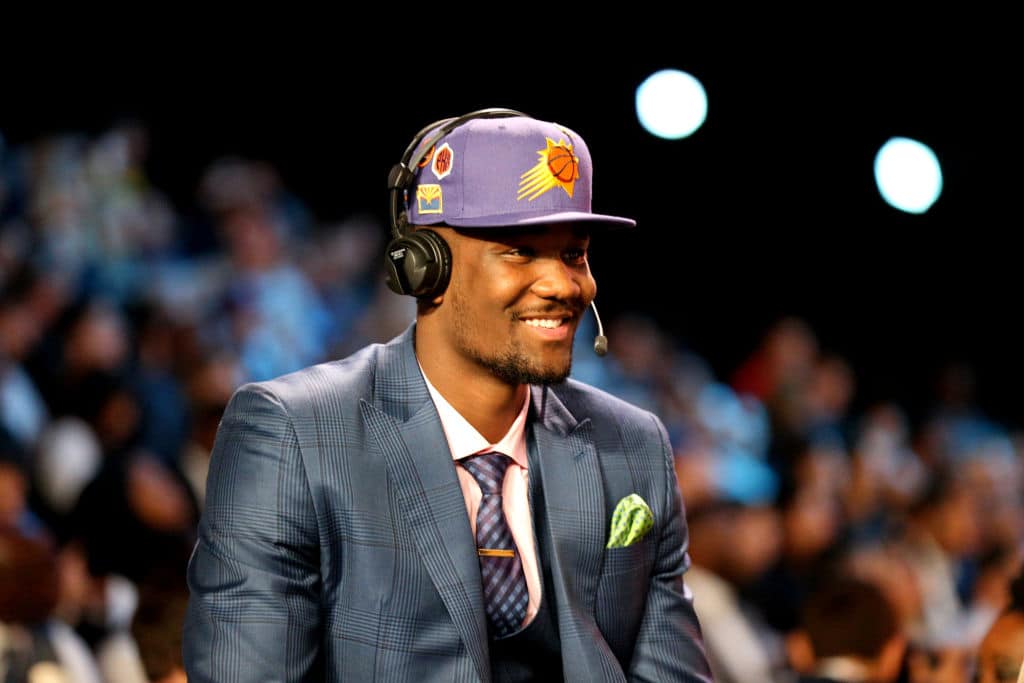 Joel Embiid appeared to be offended by comparisons to Deandre Ayton, the No. 1 pick in Thursday night’s NBA Draft.

Keep my name out of this lol

Don’t compare Ayton to me either… I play DEFENSE

Ayton, 19, says his goal is to become the “best two-way” center in the League.

Ayton, who said he knew he was going to be the No. 1 pick after working out for the Suns on June 6, said he was still blown away when NBA Commissioner Adam Silver called his name.

“I was just waiting for my name, and when he called it, my mind went blank,” Ayton said. “I just did the routine everyone else was supposed to do and I just got up there and enjoyed the moment and I saw the reaction on my mom’s face. It was just priceless.”

Ayton said he wants to be the “best two-way (big) man coming in. The game is changing a lot, but I just want to stick to the old-school big man, being down low and really trying to be dominant.”