Joel Embiid Says Dario Saric is Rookie of the Year 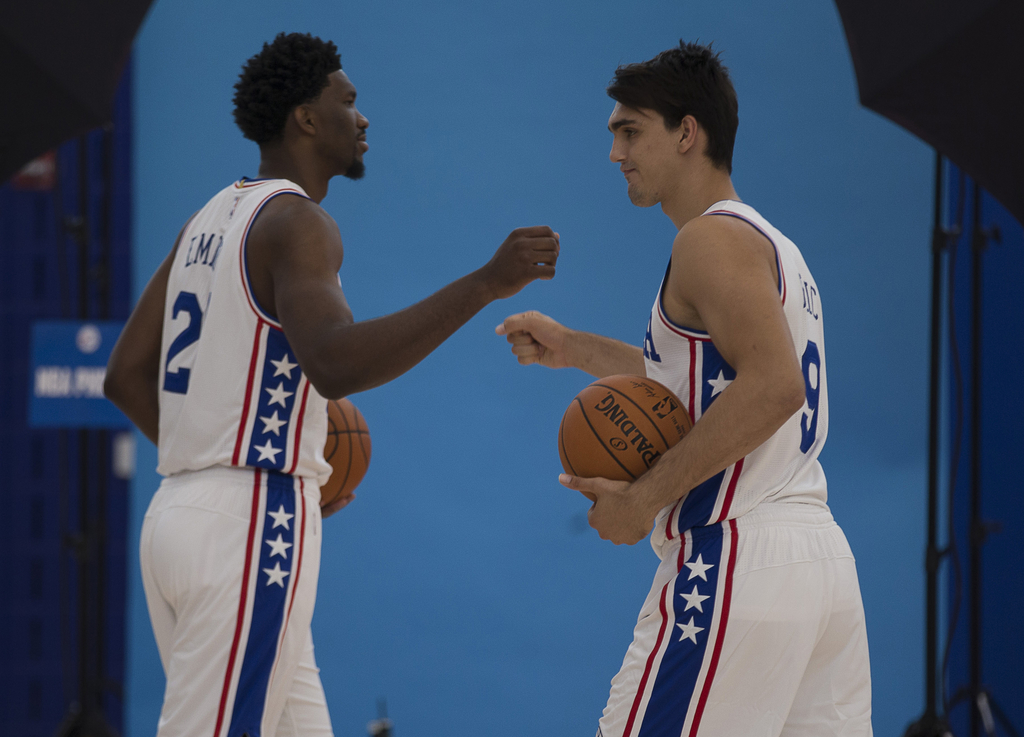 Embiid’s rookie season was cut short by a knee injury, and says Saric deserves the award.

Saric looked over at Embiid and smiled before continuing the interview. The power forward had just finished with a career-high 29 points to go with seven rebounds, five assists, two steals, one block and five turnovers in the Sixers’ 118-116 victory over the Los Angeles Lakers at the Staples Center. It was the February Eastern Conference rookie of the month’s 16 consecutive game with 10 or more points.

Saric has excelled during Embiid’s absence. As a result, there’s been an ongoing debate over if Embiid or Saric should win the award. The center may have put that to rest Sunday night with his endorsement for Saric.

“It doesn’t surprise me,” coach Brett Brown said of Embiid’s comment. “I’ve heard Joel say that, not a lot, but he means it. I think it’s a reflection of Joel first. I think it’s an example that it’s a very close team and I think it confirms our belief that one of those two is going to end up with rookie of the year.”