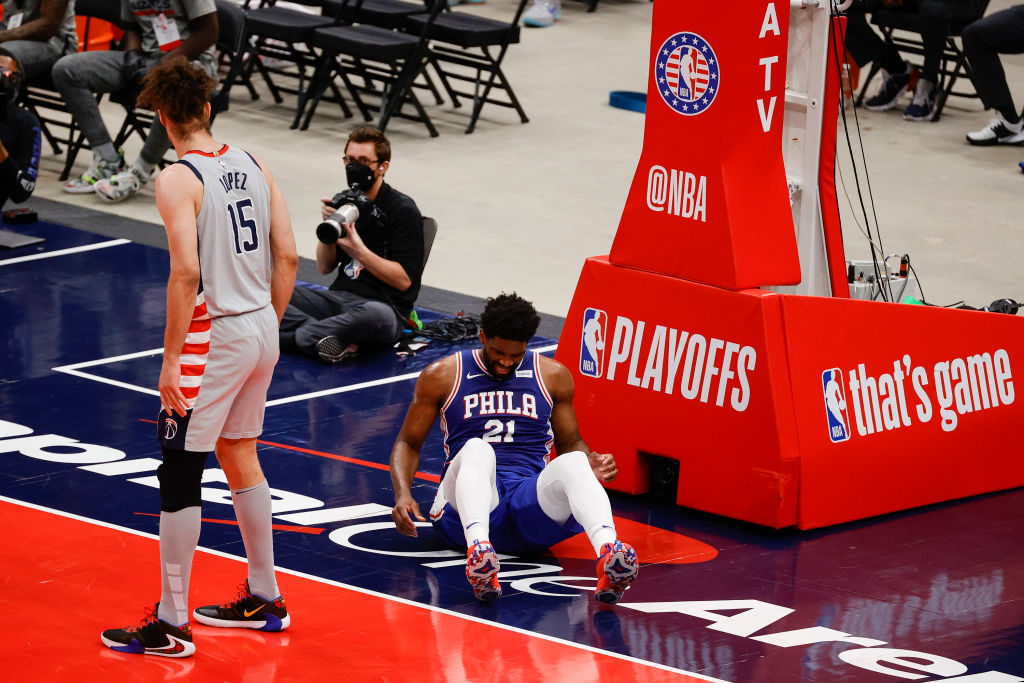 According to ESPN’s Adrian Wojnarowski, Philadelphia 76ers center Joel Embiid is doubtful for Game 5 after suffering a knee injury early in Monday’s playoff matchup between the Sixers and the Washington Wizards.

Embiid, who only played 11 minutes before falling on his right knee and leaving the game afterwards, was averaging 29.3 points (on 67.4 percent shooting) in just 28 minutes per game prior to Game 4. The superstar center had been having his way with the Wizards and leading Philadelphia to what looked as if it would be a sweep, with the 76ers holding a 3-0 lead over Washington entering Monday’s game.

Philadelphia went 10-10 without Embiid this season, so even if The Process doesn’t suit up for the 76ers’ next game, they may still be able to close their series against Washington.

The drop-off in talent level between the four-time All-Star and Mike Scott, a rotational big man, is steep. However, with a long and suffocating defense, Philadelphia could bottle up a squad that’s heavily reliant on their star-studded backcourt with defensive studs like Ben Simmons and Matisse Thybulle.