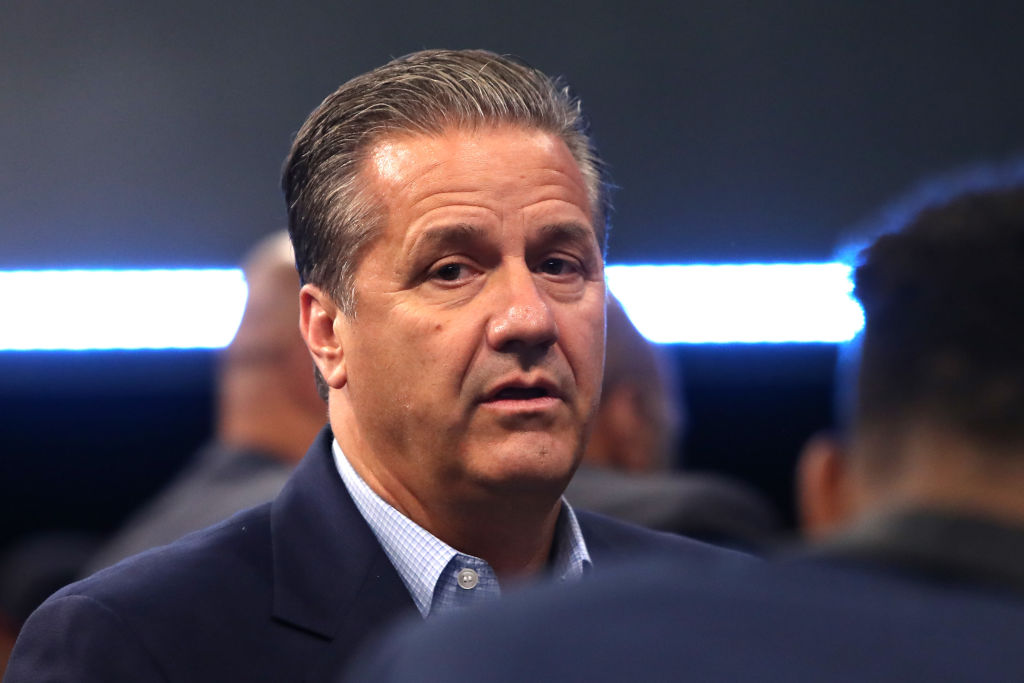 The New York Knicks are in search of a new team president, and John Calipari‘s name is bubbling up in the rumor mill.

Coach Cal, however, says he’s perfectly happy in Kentucky, and has no desire to replace Phil Jackson in Gotham.

NO ONE has contacted the Knicks on my behalf. I am the coach at Kentucky and will be for a long time!

Former Cavs GM David Griffin may not be unemployed for long—he’s reportedly a leading candidate to take over New York’s front-office.

Kentucky Wildcats coach John Calipari has reached out to the New York Knicks through intermediaries to express interest in the team’s vacant president of operations role, sources said Thursday.

The Knicks, who parted ways with Phil Jackson on Wednesday, do not have interest in Calipari at the moment, sources said.

Kentucky said in March it had extended Calipari’s deal by two years, through March 2024. He is set to make $7.75 million next season and $8 million per season thereafter. Calipari’s deal also stipulates he would be paid $5 million for each year if Kentucky were to terminate the contract.