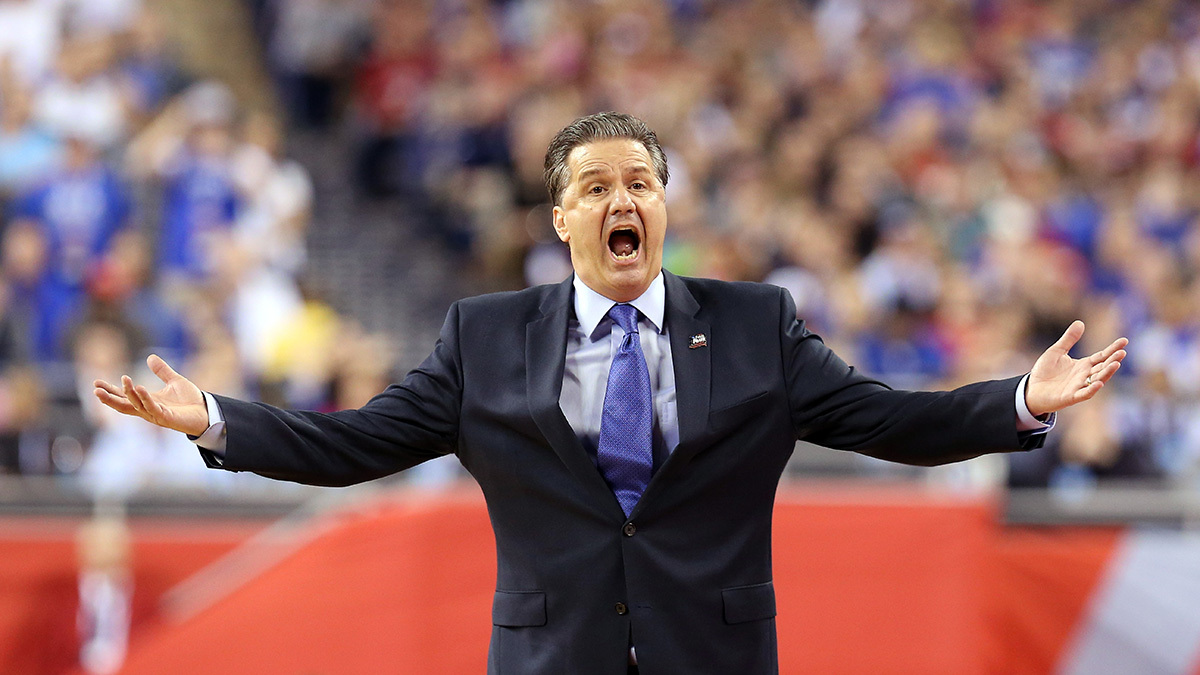 Team owner Mikhail Prokhorov must clean up the huge mess he’s created in Brooklyn, and the process has begun in earnest with the firing of head coach Lionel Hollins and a shakeup in the front office.

John Calipari’s name has once again popped up as a possible candidate for the Nets’ coaching vacancy—Coach Cal has been linked to jobs in Cleveland, Sacramento and New Orleans in the last couple of years—but he continues to insist that he’s perfectly happy in Kentucky.

You may have heard me say this before: I absolutely have the best coaching job in sports and I plan on being at Kentucky for a long time.

I am not negotiating with ANYBODY. My total focus is on this team and winning the next game.

Nevertheless, Yahoo! Sports reports that Calipari’s asking price is $120 million over ten years to return to the NBA:

For the $123.2 million in luxury tax that Prokhorov has paid out, he’ll be toasted on the verandas and yachts of rival owners who’ve bathed in his wayward excesses. They pocketed his millions, pilfered his picks and beat the Nets senseless. […] Prokhorov has drained his franchise’s natural resources – unloading seven first-round and 11 second-round picks in the five-plus years of deposed general manager Billy King’s regime. The Nets have no present, no future, no identity. They’re too impatient to hire an accomplished NBA GM and slowly, surely work themselves out of this ditch.

As much as anything, that’s why Nets CEO Brett Yormark is determined to repackage John Calipari as a franchise savior. The Nets couldn’t get star players to sell tickets and TV ratings, so he wants to try a star college coach. Again. […] Yormark is pushing Prokhorov to reach back to the Nets’ Jersey roots, dust off a failed ’90s experiment and sell it as something sparkling and new. Twenty years ago, the Nets stunned everyone with a five-year, $15 million contract for the UMass coach. For Calipari to consider the Nets – and, yes, the Sacramento Kings, too – league sources say that the teams have been informed of his asking price: 10 years, $120 million.

When Calipari spoke with minority ownership in Sacramento last spring, he told them that it would take an offer of $11 million-plus a year to get his attention, league sources said. Calipari turned down a 10-year, $80 million-plus offer with the Cleveland Cavaliers in 2014, because he wouldn’t leave Kentucky with only an incremental raise on what is now an $8 million to $9 million annual package on campus. […] Cleveland’s offer has become a baseline for Calipari’s contractual demands: He wants the 10 years and now the $12 million a year that Phil Jackson makes to run the Knicks.