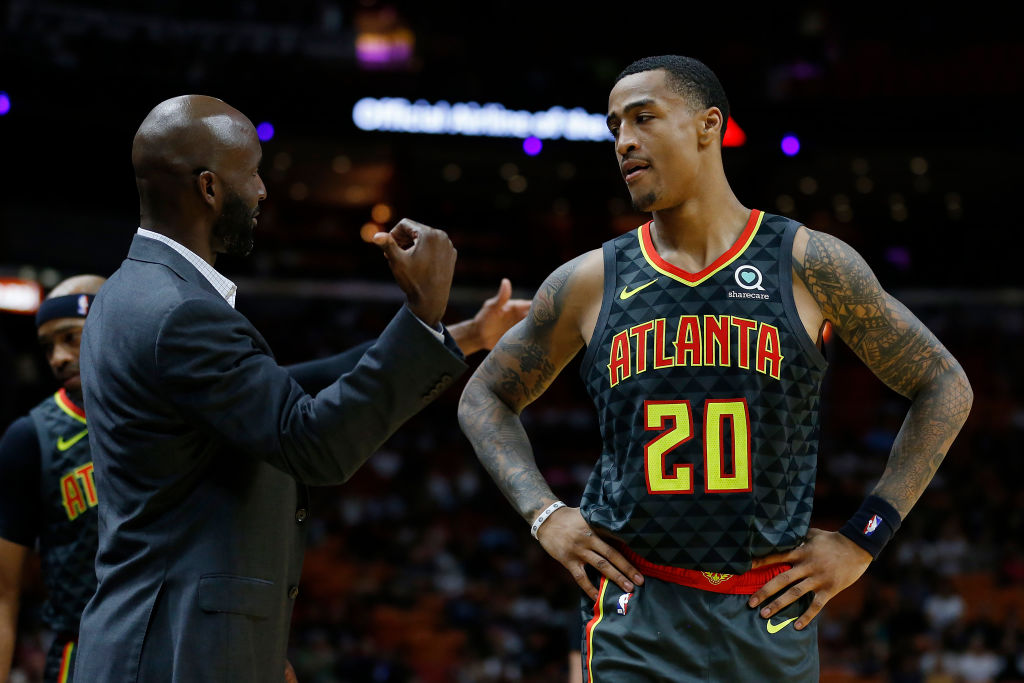 Atlanta Hawks forward John Collins is eligible for a contract extension this summer and feels he’s in line for a big pay day. Collins told The Athletic that he feels like he’s in contention for a maximum contract.

Collins has one year left on his rookie scale deal in 2020-21. The Hawks can lock him up on an extension anytime between July 1 and the start of the next NBA season. If no deal is reached, Collins will be a restricted free agent in the summer of 2021. Atlanta could still retain him then by matching any offers, but would face competition for the young big man.

Three-point shooting is where Collins has grown the most since joining the NBA. In his rookie year, Collins took just 47 three-pointers and hit 34%. Last year those numbers climbed to 158 attempts and 34.8%. In 40 games this year, Collins has already attempted 141 triples and has knocked down over 41%.

Collins did miss 25 games earlier this season due to a suspension for violating the NBA/NBPA’s Anti-Drug Program. Collins tested positive for a growth hormone.

The suspension did little to impact Collins’ production upon his return, as he’s put together a solid third season. Hawks general manager Travis Schlenk told The Athletic that teams inquired about Collins’ availability at the trade deadline but that Atlanta wasn’t interested in parting with the big man. Schlenk went on to call Collins one of the Hawks best players.

This summer Collins is eligible to sign a max extension of five-years, $181.3M with the Hawks that would start with the 2021-22 season. Atlanta could add in escalators to take that contract up to five-years, $217.5M, but that would require the Hawks tabbing Collins as a Designated Player. The likely max scenario for Collins is four years, $140M.

However, despite Collins’ numbers, he’s not seen as a max player around the NBA. The Athletic posits that Collins’ value lies somewhere in the range of the four-year, $77M extension Domantas Sabonis inked with the Indiana Pacers this past summer.

That could leave Collins wanting nearly double what many see his value as and where Collins values himself at. Lots can change between now and then, but without a significant closing of that gap, Collins may find himself in a contract year next season before restricted free agency in 2021.