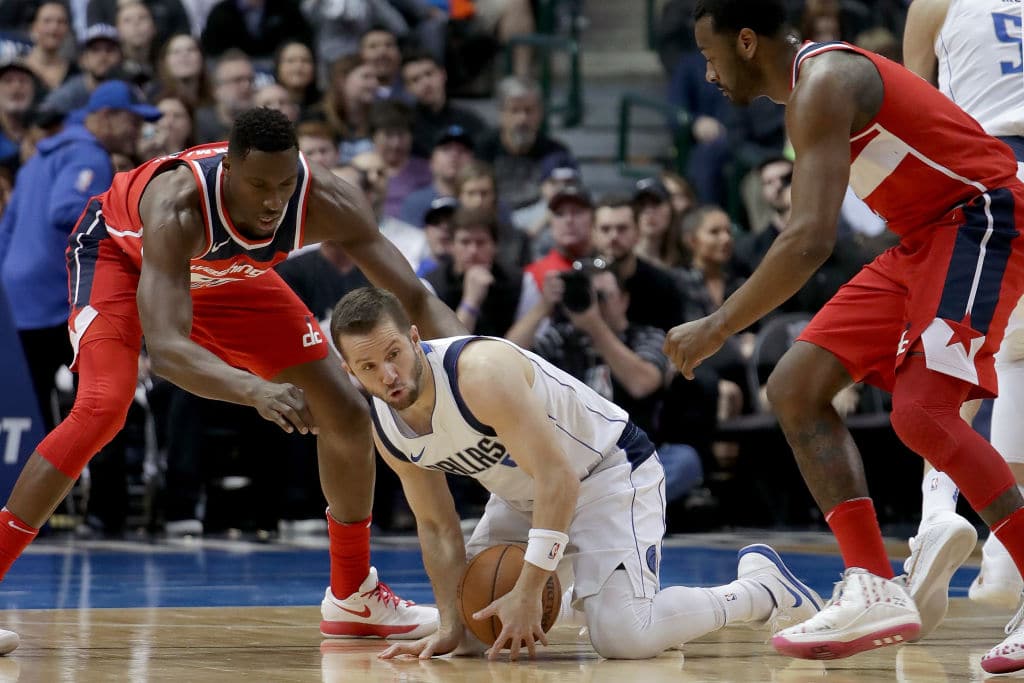 John Wall and JJ Barea briefly got in each other’s faces Monday night, and Wall dismissed Barea as a “little midget trying to get mad.”

John Wall on the little dust-up between himself and J.J. Barea in the fourth quarter:

“It was cool to me, it was funny. Just a little midget trying to get mad. So, I paid him no mind.”

Barea, who’s clearly been keeping up with the news cycle, claimed that Wall is unpopular within his own locker room.

J.J. Barea has no love for John Wall 😳 pic.twitter.com/aFHwsb0wED

Once the dust settled, the Dallas Mavericks cruised to a 98-75 beatdown of the visiting Washington Wizards.

“Just a little midget trying to get mad,” Wall said. “I don’t pay him no mind.”

“Now I have somebody in the NBA that I don’t like,” Barea said. “That’s my first. I don’t like him at all now. But I don’t think his teammates like him, either. So it’s nothing new for him.”