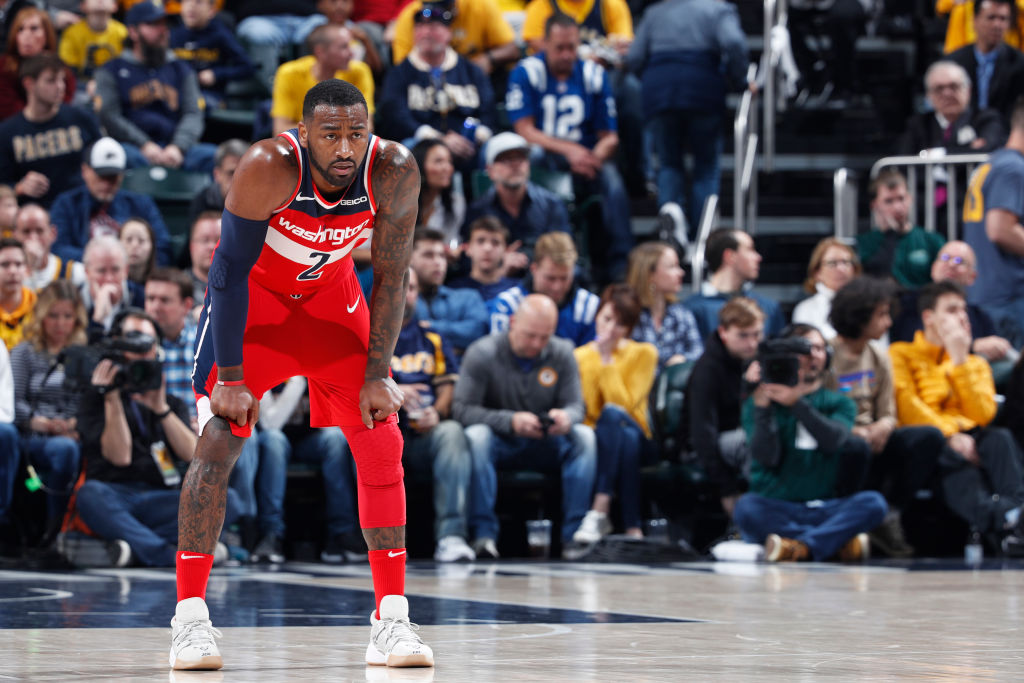 In today’s NBA, the number of players who were teammates in their teenage years thanks to the AAU circuit’s rapid rise of popularity has led to a league with less open hostility on and off the court than there were in past eras.

This particular conversation is not new, and it’s intrinsically related to various debates about which era was better or what differentiates the best players from each generation. However, while the discourse on the bonhomie of this current generation of players may be a retread, there’s a vocal faction of players that are outspoken about what they consider to be a violation of the essence of competition.

Such is the case with Washington Wizards point guard John Wall.

On the latest episode of “No Chill with Gilbert Arenas,” the five-time All-Star was repulsed by the “buddy-buddy” NBA.

“A lot of guys be too friendly now,” Wall laments. “They era, they weren’t friendly. They were trying to rip each other’s heads off. Now it’s like guys [are] buddy-buddy.”

“I ain’t got no friends,” he deadpans.

As previously mentioned, Wall isn’t the only player who feels this way.

Two-time NBA MVP Giannis Antetokounmpo made his thoughts on the subject known last year, saying that he doesn’t want to be chummy with the competition. This is in stark contrast to a superstar like LeBron James, who has an ever-expanding circle of friends in the NBA, whether they’re on his team or not.

The nature of sports makes it natural for players to see their opposition as enemies on the court; they’re their obstacle to winning. Nonetheless, it’s fair to wonder what the right balance is for spirited competition and if there’s a need for there to be a change — in some ways a reversion — in the character of the NBA.