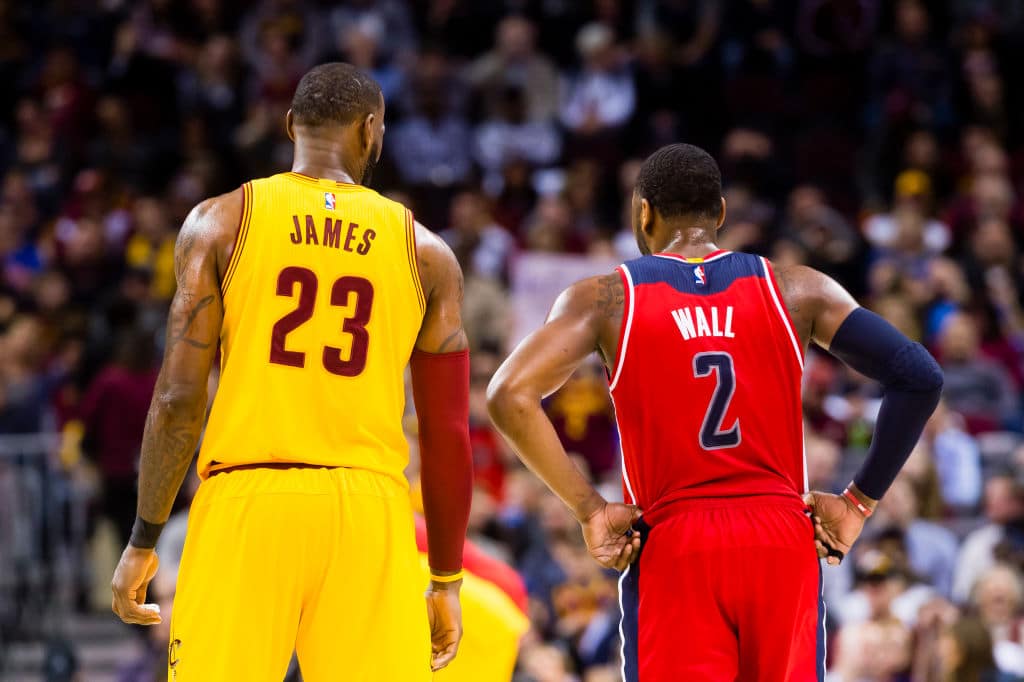 LeBron James, the Eastern Conference’s immovable object the last eight years, is no longer in the picture and John Wall now envisions a “wide-open” path.

New for @BleacherReport, I asked John Wall some questions about Dwight Howard, the Wizards' prospects in the East and whether he ever gets worried that his team has peaked https://t.co/9i6oMIEDZ1

“I think we have a better team now, and the East is more wide-open now that [LeBron James is] out of the picture,” Wall said Friday.

Wall is still a 20-point, 10-assist-per-night guy. His backcourt mate, Bradley Beal, is a knockdown shooter and fluid scorer who’s also evolved as a creator. They’re two of the best 30 players in the league. But both have been clipped by injuries over the past three years, a fact that Wall pointed to when asked if he thought his Wizards had plateaued.

“I think we could have competed the last two years if we didn’t have to deal with injuries,” Wall said. But he missed half the season last year after a January surgical procedure on his left knee. “Falling to the eight seed, playing Toronto, a heck of a team, I felt like we should have beaten those guys, but they came out the better team at that time,” Wall said.