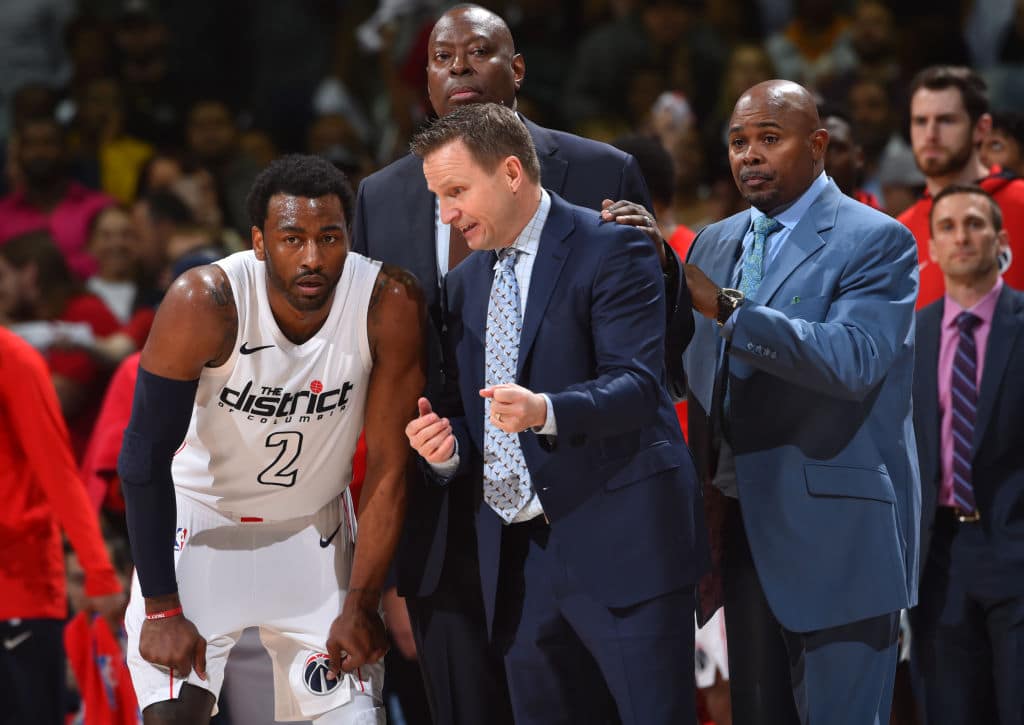 The mess in D.C. keeps getting worse: John Wall was reportedly fined for shouting an expletive at Wizards head coach Scott Brooks.

Wall is said to have apologized to both Brooks and his teammates.

Washington is off to a 5-11 start and has lost two in a row.

After teammate Jeff Green and Brooks pushed Wall and Wizards teammates to raise the level of intensity in a practice last week, Wall fired back with “f— you,” toward Brooks, league sources said.

Wall did apologize to Brooks shortly afterward, and to his teammates the following day, league sources said.

The disconnect between Wall and his teammates has increased throughout the Wizards’ struggles, league sources said. Washington is 5-11, and underachieving this season.