John Wall: ‘I Love Being a Wizard. It’s Where I Want to Finish My Career’ 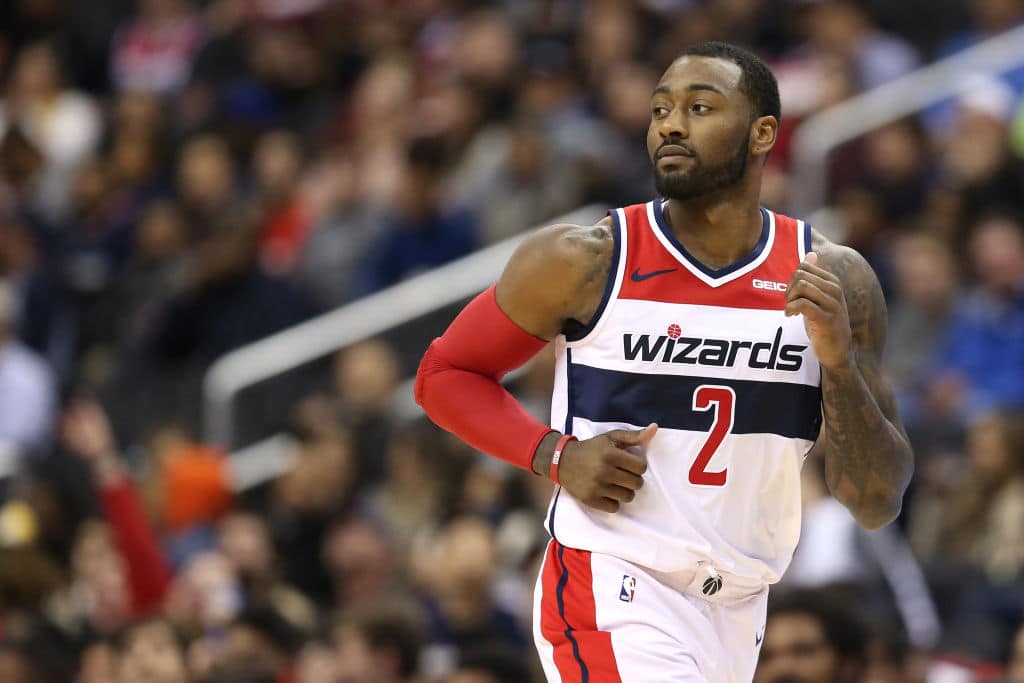 John Wall acknowledges the Wizards’ dysfunction, but says he doesn’t want to play anywhere else but in D.C.

With trade rumors swirling, Wall says he hopes to spend his entire NBA career in Washington.

As #Wizards cast aside turmoil, John Wall declares this is ‘where I want to finish my career’ https://t.co/fhLwCyiRKW

The five-time All-Star told reporters that the team has moved on from a fiery practice that featured multiple verbal altercations.

“It’s something we’ve put past us,” Wall said. “We talked about it, apologized about it, kept it at that.”

When asked if he understood where Beal was coming from with his comments during the practice, Wall would not want to speak on another player’s experience.

“I just try not to focus on that. All I can do is focus on trying to be the leader of this team, the basketball player, and the franchise guy I can be. I can’t really focus on what anybody else says or what opinions they have, or what they feel like they’ve been dealing with,” said Wall, 28, who has been with the team the longest and signed a hefty extension two summers ago that could keep him in Washington through 2023.

“I’ve been fine. If I felt like that, I would have been said something about it, to be honest,” he continued. “I love being a Wizard. I’ve been here for nine years. It’s where I want to finish my career. I don’t have anything to that aspect.”