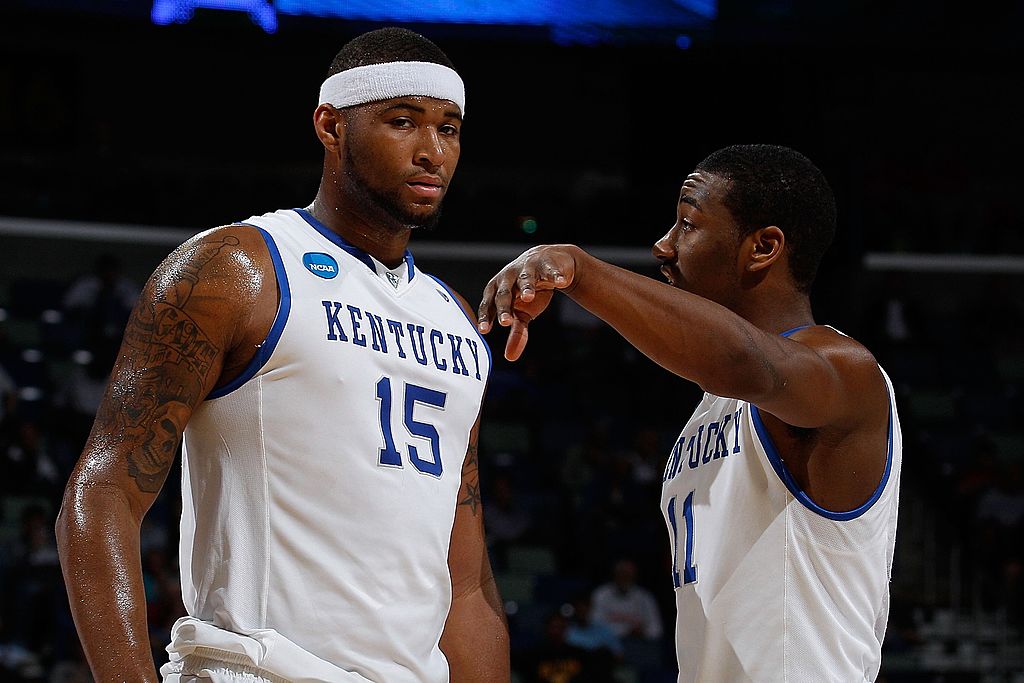 It’s no secret that John Wall and DeMarcus Cousins have been friends since their days as teammates at Kentucky. Ten years later, Wall, the 29-year-old cornerstone of the Washington Wizards, is pushing for a reunion.

“Oh you know I’m trying to push for that,” Wall recently told Marc Spears of ESPN. “I’ve been on that for like five years.“

As Cousins, now a free agent, continues to rehabilitate from his third major lower body injury in three years, the four-time NBA All-Star has emerged as a popular subject of speculation.

Cousins’ health is what threw a wrench in his 2019-20 plans. A torn ACL in July thwarted his opportunity to suit up for the Los Angeles Lakers after signing a one-year, veteran minimum contract last summer.

Cousins was released in February in order to free the roster spot the Lakers used to sign Markieff Morris but he’s continued to work out in Los Angeles and was reportedly open to re-signing in the future.

Of course Cousins isn’t obligated to return to the Lakers and could be interested inking a deal with Wall and the Wizards, a team buoyed by Wall and All-Star Bradley Beal but relatively light in the frontcourt.

In his wide-ranging discussion with Spears, Wall spoke of his relationship with Cousins – which stretches back to when they were 14 years old – and he confirms that he’s discussed the idea of signing Cousins with Wizards general manager Tommy Sheppard.

Cousins’ run with the Pels came to an abrupt end when he tore his Achilles. Since then he’s suffered a serious quadriceps injury and torn his ACL.