John Wall Ruptured Achilles After Slipping in His Home, Expected to Be Out a Year 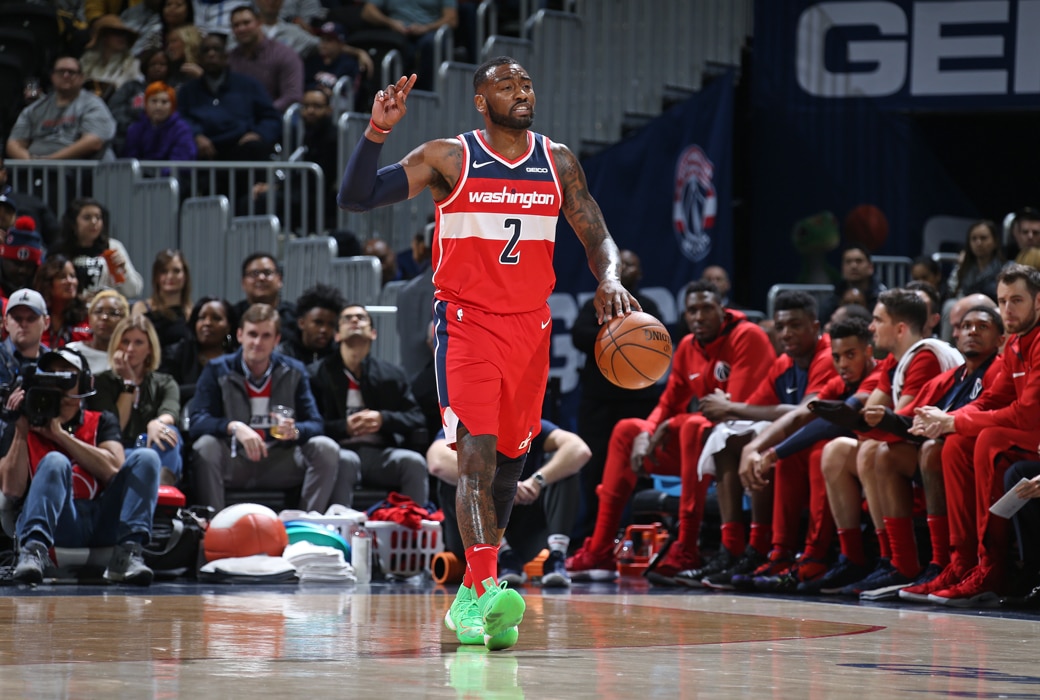 The Washington Wizards have announced that John Wall will undergo surgery on a ruptured Achilles tendon, which he suffered after slipping and falling in his home.

Wall is expected to be out 12 months from the time of the procedure.

Here is the Wizards' full press release on John Wall, who ruptured his Achilles "slipping and falling in his home," the release says. pic.twitter.com/0gN71usavo

Back in 2017, the All-Star point guard signed a four-year, $170 million contract extension that is set to kick in next season.

He appeared in 32 games this year, averaging 20.7 points and 8.7 assists, before going down with a heel injury in late December. As the Wizards’ press release reveals, Wall “developed an infection in the incision from initial surgery on Jan. 8” and then sustained the rupture when he fell in his home.

RELATED
John Wall: ‘I Love Being a Wizard. It’s Where I Want to Finish My Career’