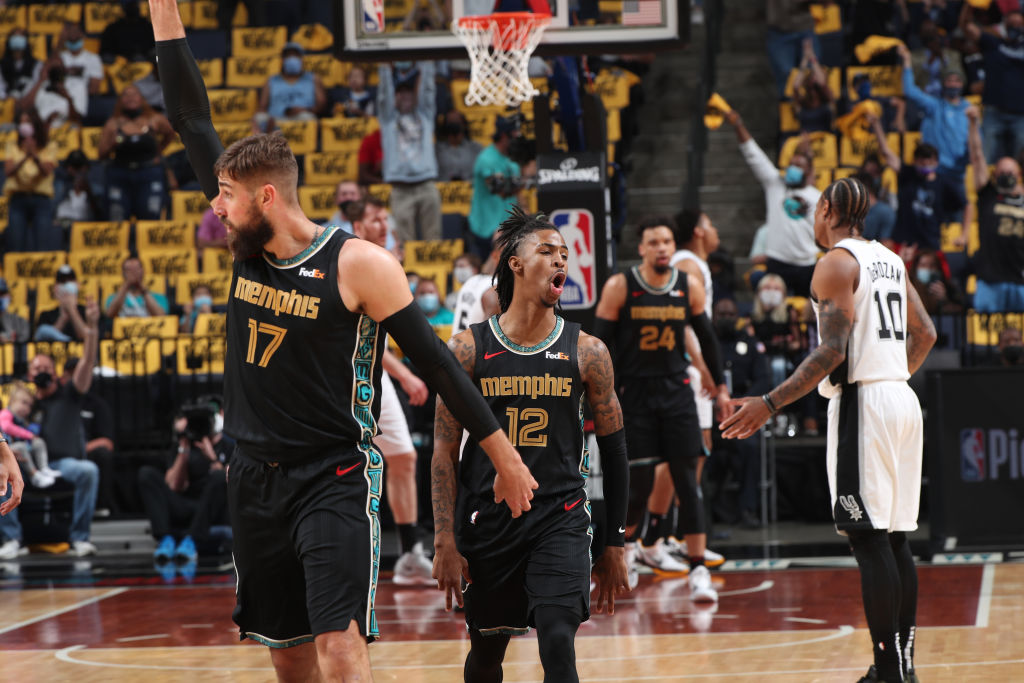 Jonas Valanciunas is one of the most under-appreciated players in the entire NBA. He’s averaged a double-double in each of his last three seasons, but doesn’t get talked about near enough.

On Wednesday night in the first round of the play-in tournament, he exploded for 23 points and 23 rebounds in an absolutely dominant performance. On the biggest stage of the season, Valanciunas was one of the main reasons Memphis was able to pull off the four-point win.

This notched his sixth game in a Grizzlies uniform with 20+ points and 20+ rebounds. This puts him second all-time in franchise history behind Zach Randolph (12).

On the Toronto Raptors for the first seven years of his career, Valanciunas was solid, but was just a traditional big man. As the NBA adjusted to a more heavy 3-point game, it wasn’t until his final season on Toronto that he tweaked his game and started stepping beyond the arc more regularly.

Since then, he’s taken his game to a whole new level. The Lithuanian center is a career .358 3-point shooter. This season in Memphis, he’s converting on .368 of his 0.9 attempts from three per game. While that isn’t a high volume of attempts, it’s enough to keep defenses honest and allows him to space the floor.

The 29-year-old finished the regular season averaging 17.1 points and 12.5 rebounds per game. Valanciunas is under contract for one more season at $14 million, which is a great value for the Grizzlies for how much he produces.

Valanciunas and his superstar teammate Ja Morant will take on the Warriors next in a win or go home scenario on Friday night.