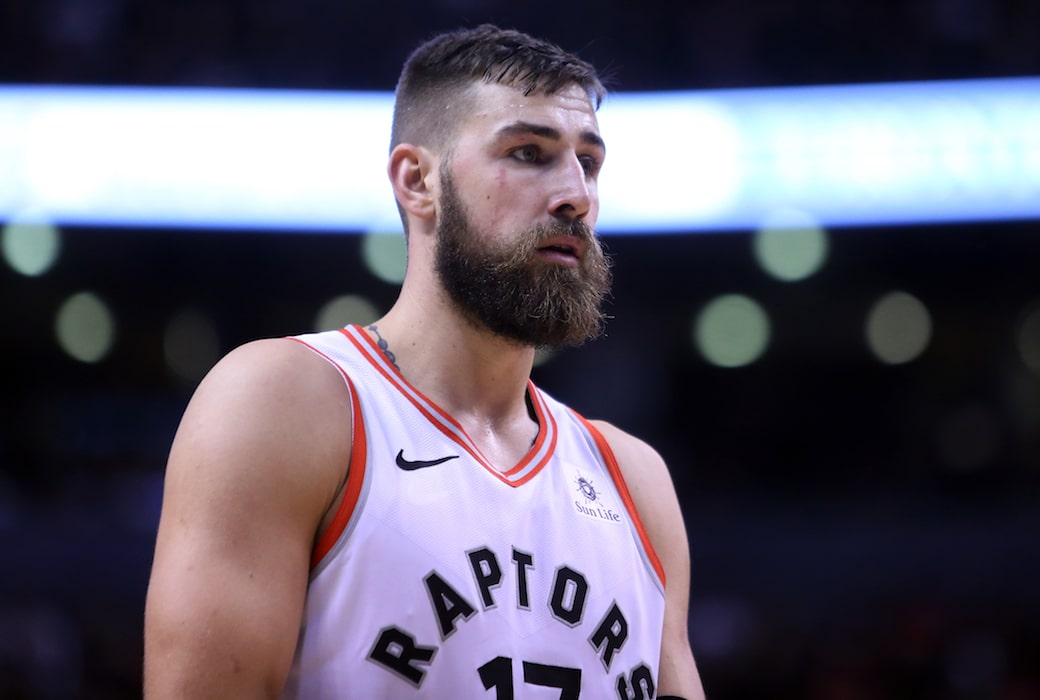 Jonas Valanciunas is set to miss at least four weeks after dislocating his left thumb in the first half yesterday against the Warriors at Oracle Arena.

The Raptors center underwent surgery today and is now recovering.

Raptors center Jonas Valanciunas underwent surgery on dislocated left thumb. He will be out at least four weeks.

Valanciunas is averaging 12.8 points and 7.2 rebounds in the 30 games he’s played in this season.