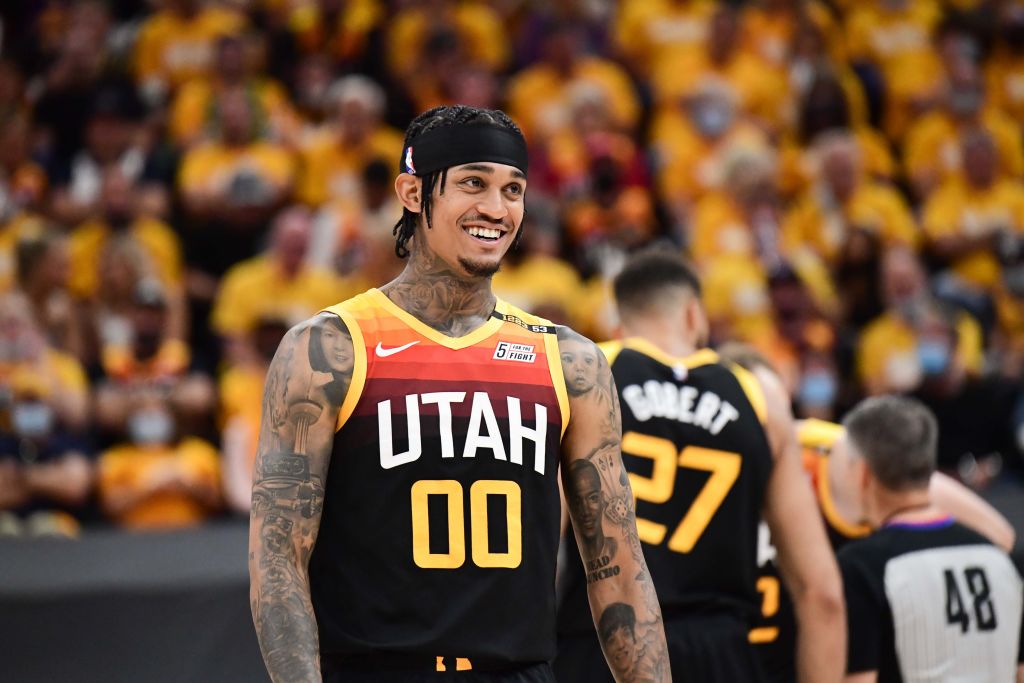 As a child, NBA guard Jordan Clarkson watched his father in the front yard detail trucks for a living.

So when Clarkson, the winner of the 2020-21 Sixth Man of the Year Award, saw photos circulating social media last week of Salt Lake City’s Yum Yum Food Truck plastered with anti-Asian hate speech and images, it struck a chord.

A proud Filipino-American himself, Clarkson was just one of thousands of social media users that saw the racial slurs and images spray-painted across the well-known Filipino food truck last week. Amidst a pandemic that has seen a severe jump in hate crimes against Asian-Americans, Clarkson knew he couldn’t sit on the sidelines for this one.

“There’s just no room for that, especially right now,” Clarkson said. “It’s been tough, tough years on this earth, this country, this world. There’s a lot of stuff going on. I feel like us together, and everybody finding a peace, will make things a lot more comforting in this world. We ain’t got no room for the hate no more. That’s got to go out of the window real quick.”

With the help of vehicle wrap company Identity Graphx, the 29-year-old paid for interior cleaning, detailing and designed a brand-new exterior for the truck that will be unveiled tomorrow at the Philippine Independence Day celebration in Salt Lake.

It hurt me deeply to see that Salt Lake’s @yumyumasian food truck was recently vandalized – I know the pain that hateful language and racism causes. With help from @identitygraphix we’ll be able to restore the truck and hopefully lift Ben and his family’s spirit!! #StopAsianHate pic.twitter.com/HLfzX7AaEc

The organization stepped in to aid the efforts of Clarkson and local businesses and politicians by inviting Ben Pierce, co-owner of the Yum Yum Food Truck, and his family to Game 2 of the Jazz’s Western Conference Semifinals series against the Los Angeles Clippers.

During a third quarter timeout, the Jazz presented Pierce and his family with a signed Jordan Clarkson jersey on the jumbotron. A sold-out Vivint Arena provided a deafening applause in support for the family.

After @JordanClarksons lent a helping hand to the Filipino owners of the Yum Yum Food Truck that got vandalized, the @utahjazz and JC welcomed the family to Game 2. 🇵🇭 #RepublikaNgNBA #Jordan6larkson pic.twitter.com/4DHIwxGw9z

According to Stop AAPI Hate, there were more than 6,600 incident reports from March 2020 to March 2021. The Center for the Study of Hate & Extremism reports Asian-American hate crimes have surged by 145 percent in 2020 compared to 2019.

“It has been powerful, and for me, it’s been a lot,” Clarkson said. “But you know, I am learning and doing a lot of things as well to try to catch up on a lot of this stuff. Being young in the league, you are kind of not really paying attention to a lot of this stuff. As you get older, you really kind of embrace this role of who you are. It really hits home in those times.”