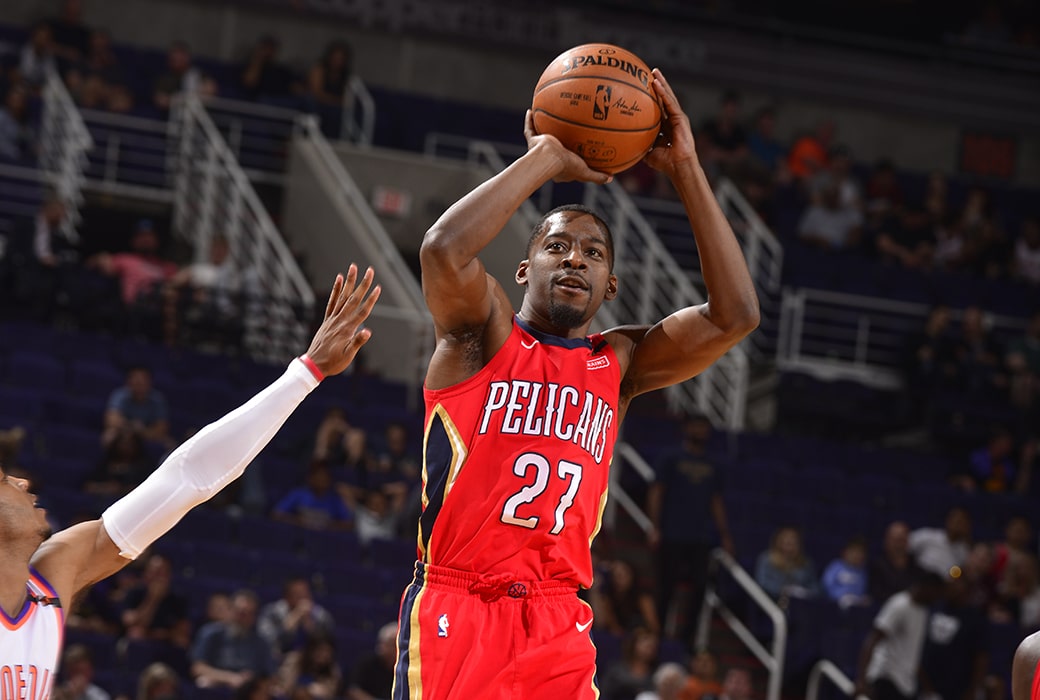 Jordan Crawford played in a pair of Big Baller Brand ZO2 Primes just over a week ago, becoming the first player other than Lonzo Ball to lace up some BBBs.

Crawford, 29, has played in five games with the Pelicans this season, averaging 6 points per contest. The eight-year pro is now reportedly leaning towards signing with LaVar Ball’s sneaker and apparel company, according to Shams Charania.

The company is expected to send Crawford new merchandise, including shoes, this week for the NBA playoffs. Crawford became the first NBA player — besides Los Angeles Lakers guard Lonzo Ball — to wear the brand this season and has continued to do so in the postseason. At this point it isn’t a normal endorsement deal for Crawford, but he would sign a contract with Big Baller Brand down the line that would allow him to be under the brand yet have the freedom to pursue his own personal endeavors.

Crawford and the brand are expected to continue talks toward a deal, sources said. Big Baller Brand is an apparel company that was started by LaVar Ball and named for his sons, Lonzo, LiAngelo and LaMelo Ball.

The Ball family made history by creating a signature sneaker for Lonzo before he even played in an NBA game. Lonzo’s brother, Gelo and Melo, also have their own sneakers.