Look At Me Now

Josh Richardson thought his basketball career might be over after college. After an impressive rookie season, it's clear that he belongs in the NBA. 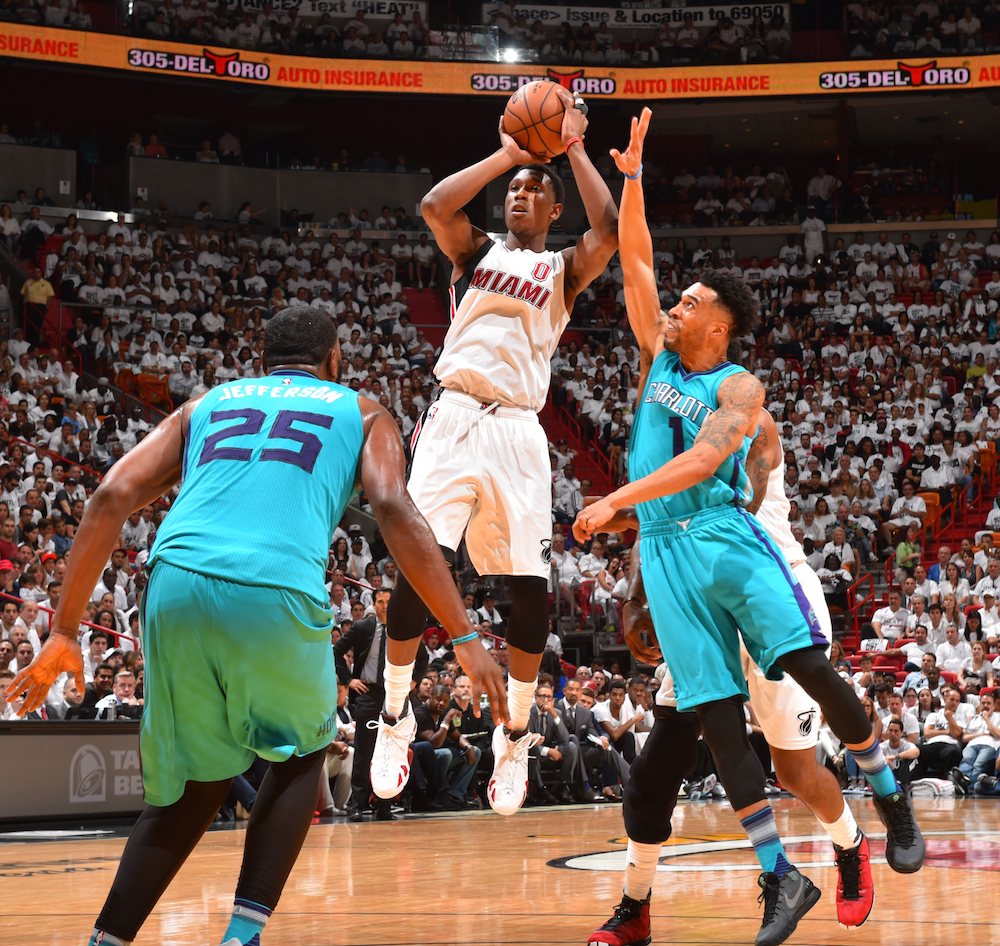 It’s a June afternoon in Miami, about a month since the completion of his rookie season, and Josh Richardson is already in the gym working on ballhandling and shooting off the dribble. The 6-6 guard was one of the League’s more pleasant surprises last year. After all, it’s not often you see a second-round pick emerge as a key rotation piece on a Playoff team.

Yet that’s exactly what Richardson, the 40th pick in the 2015 Draft, was. He averaged 10.2 points after the All-Star break and, despite connecting on just 32 percent of his treys during his four years at Tennessee, finished the season shooting a scorching 46 percent from deep (he says a tweak to the direction of his hips and a removal of a hitch are responsible for the improvement). He was one of the Heat’s top perimeter defenders, too.

Not bad for someone who once figured his basketball career would end as soon as his college days did.

“I was going to go to medical school to become a surgeon,” Richardson says. “I didn’t even consider the NBA an option until my junior year.”

I remember this time last year I was home about to watch the draft just to see where my homies got picked.. Who would've thought. 🤔

But forget basketball for a moment. Richardson, instead, wants to talk about his life off the court.

“I’m versatile in my tastes, from music to what I do in my free time,” he says, when asked what he wants people to know about him. “The way I think is different.”

He’s asked for examples. He says he plays the piano. He adds that the first purchase he made after moving into his downtown Miami apartment was a seven-foot long tan beanbag chair because, “I just really wanted one.” Also, he loves the Red Hot Chili Peppers. And he started a “hat club” featuring custom slogans with teammate and fellow soon-to-be second-year man Justise Winslow.

Of course, he remains focused on basketball and to his responsibilities on the court. In three 2016 Orlando Summer League games, J-Rich averaged 16.7 ppg and 4.7 apg.

“It took me a bit to figure out how to play at this level,” Richardson says. “But now I know that I belong.”