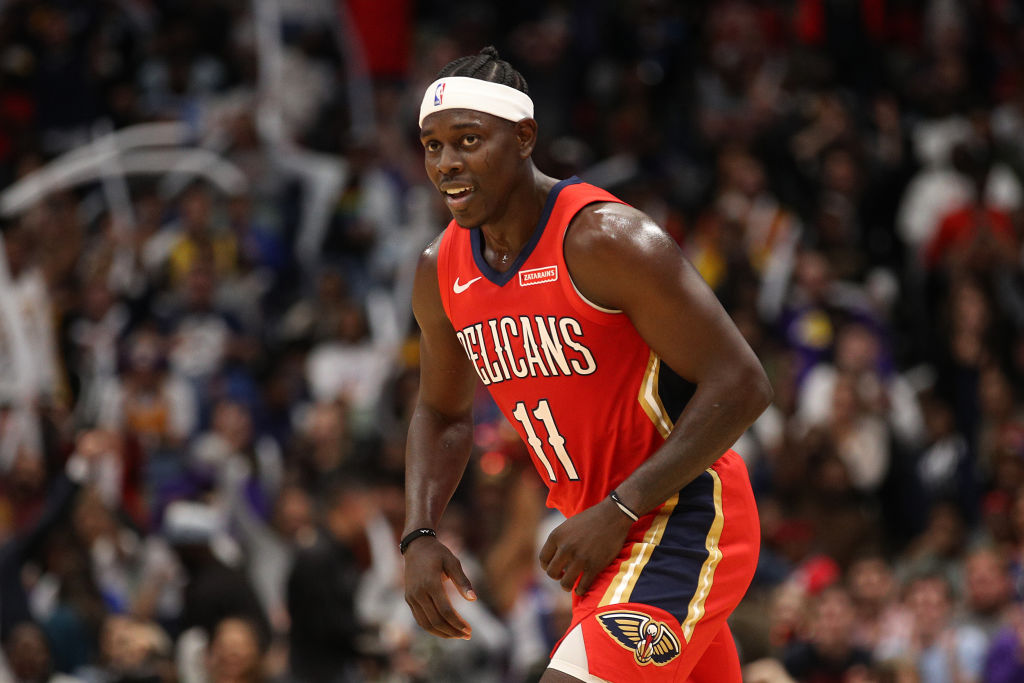 Jrue Holiday looked as good as he had his entire career last season with the New Orleans Pelicans. In 61 games, he averaged 19.1 points, 6.7 assists and 4.8 rebounds per game while being an excellent veteran leader on a young team. He also continues to prove he is one of the better wing defenders in the NBA.

There’s no question that every team around the league would love to have a guy like Holiday on their team, whether they are rebuilding or looking to contend. His excellent season was noted by opposing front offices around the league, as it looks like he will be among the most popular trade targets this offseason.

According to Shams Charania of The Athletic, the Pelicans are engaged in trade talks for Holiday and several top teams in the league are among those interested.

While Jrue might be on the market, he’s never requested a trade, according to William Guillory of The Athletic. Holiday is still open to the idea of making it work with this young roster, recognizing the unique opportunity to play alongside Zion Williamson and Brandon Ingram, who are two of the league’s rising stars.

While there will likely be much more news on the Jrue Holiday front in the coming weeks, we shouldn’t assume he doesn’t still fit on the Pelicans and what they want to do this upcoming season.