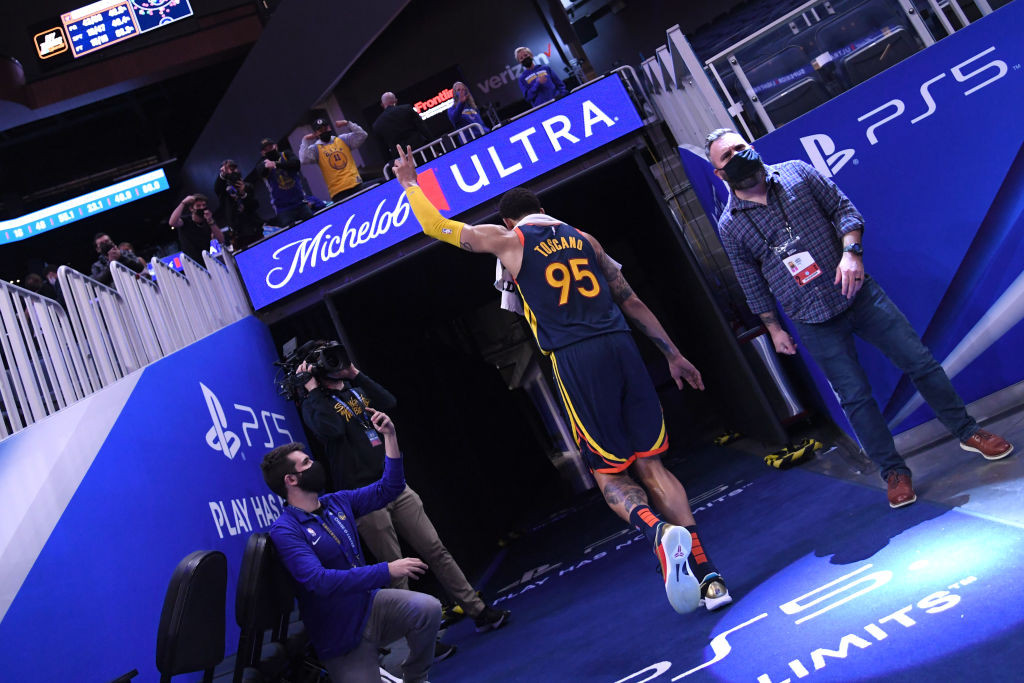 Juan Toscano-Anderson has one of the most unique stories in the NBA and has been an important role player for the Golden State Warriors all season. On a two-way contract, he’s averaged 5.5 points, 4.3 rebounds 2.6 assists in 20.2 minutes per game while shooting .402 from beyond the arc. In just his second NBA season, the 28-year-old plays with an effort and intensity that is a spark plug for this surging Warriors team.

As first reported by Shams Charania of The Athletic, Toscano-Anderson has proven himself enough to earn a full-time NBA deal with Golden State, being converted from his two-way contract.

Now that Toscano-Anderson has been promoted, this leaves a spot open for the Warriors to sign a new player to a two-way deal. Charania also reported that Jordan Bell will be filling that role and be signed to a two-way contract with the Warriors.

With less than a week left in the regular season, the Golden State Warriors will continue to push for a late jump in their playoff seeding in the Western Conference.