Julius Randle ‘Would Love to Play’ With LeBron James 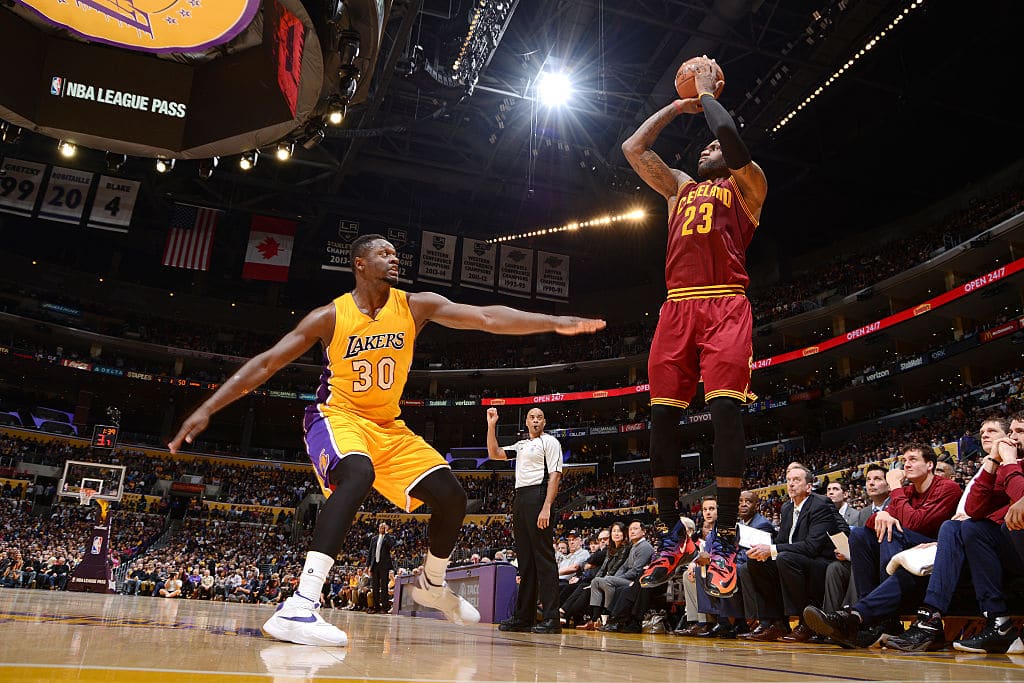 Julius Randle is having a breakthrough season, and says that if LeBron James chooses to move to L.A. this summer as a free agent, he would be welcomed with open arms.

Randle benefitted from playing alonside Kobe Bryant, and thinks being James’ teammate would only help his own burgeoning game.

Julius Randle may have to go this summer to clear cap. But he’s impressed others around NBA. Erik Spoelstra: ‘He's that hybrid forward position that 5-6 years ago, there wasn't necessarily a place for him… now everybody is trying to find a guy like that” https://t.co/wSbX6oFFZi

Ironically, the Lakers would likely have to get rid of the 23-year-old to clear enough cap space to go after the likes of LeBron and Paul George.

Yes, the guy who is supposed to be one of the two critical financial maneuvers needed to secure $70 million in cap space to lure James and George — along with stretching the remaining two years and $36.8 million on Luol Deng’s contract — wonders what it would be like to stay and play alongside a superstar like James.

“It would definitely be interesting because we are building something. We really see our young core developing, so it would definitely be something interesting,” Randle said recently of playing with James only after insisting he has his mind focused on finishing the season strong for his team. “I played with [Kobe Bryant]. … What you learn from Bean as far as mentality and just the little things, his work ethic, I would love to play with Bron and learn the same things.