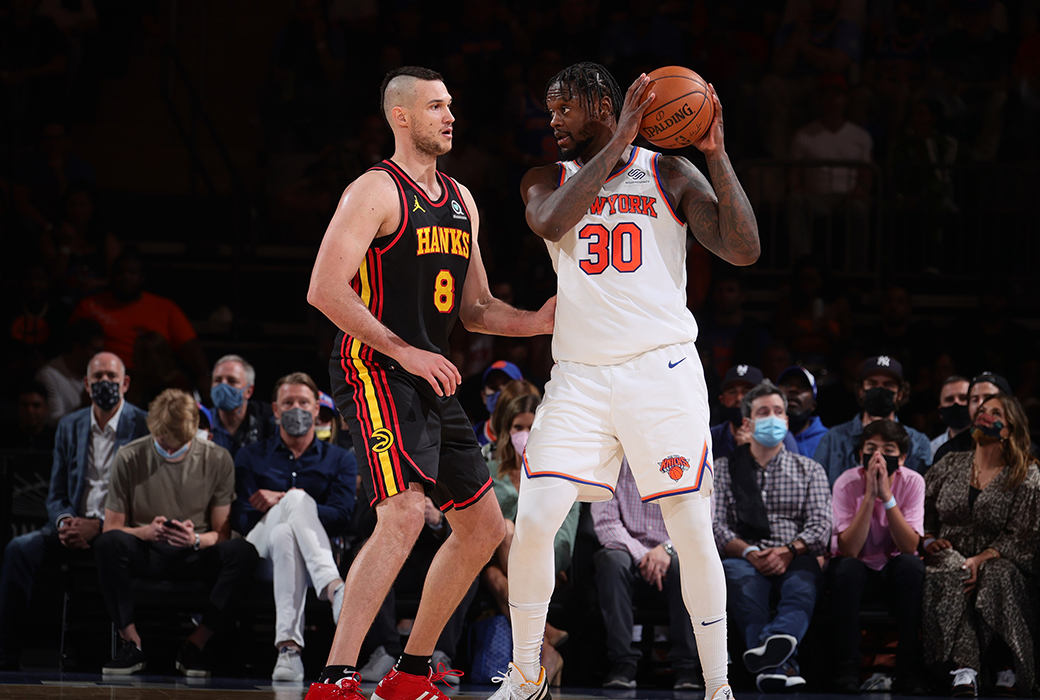 Julius Randle is one of the major reasons for the Knicks’ turnaround in New York, leading the team to it’s first postseason berth since the 2012-13 season. After being selected to the All-Star game for the first time in his seven year career, he adds a new trophy to his trophy case.

Randle has been named the 2020-21 Kia NBA Most Improved Player this season. In one of the more heartwarming scenes, Randle was presented his award by his young son, Kyden.

Who better to present Julius with the award than the only and only, Kyden! 🏆 pic.twitter.com/bM2jlQGYEh

Randle set career highs for averages in points and assists with 24.1 points and 6.0 assists while matching his career-high in rebounds with 10.2.

The 6-9 power forward is only the sixth player in NBA history to average at least 24.0 points, 10.0 rebounds and 6.0 assists in a season, joining Larry Bird, Wilt Chamberlain, Nikola Jokić (who did so this season), Oscar Robertson and Russell Westbrook.

Before signing as a free agent with New York back in 2019, Julius played four seasons with the Los Angeles Lakers and one season with the New Orleans Pelicans. Randle has career averages of 17.4 points, 9.2 rebounds and 3.3 assists.

This award was designed to honor up-and-coming players who has made significant progress over the previous season or extended career.

The New York Knicks are counting on award winning numbers from Julius Randle to even their first round series with the Atlanta Hawks on Wednesday night.