‘It Just Really Frustrates Me’: Joel Embiid Unhappy With Role 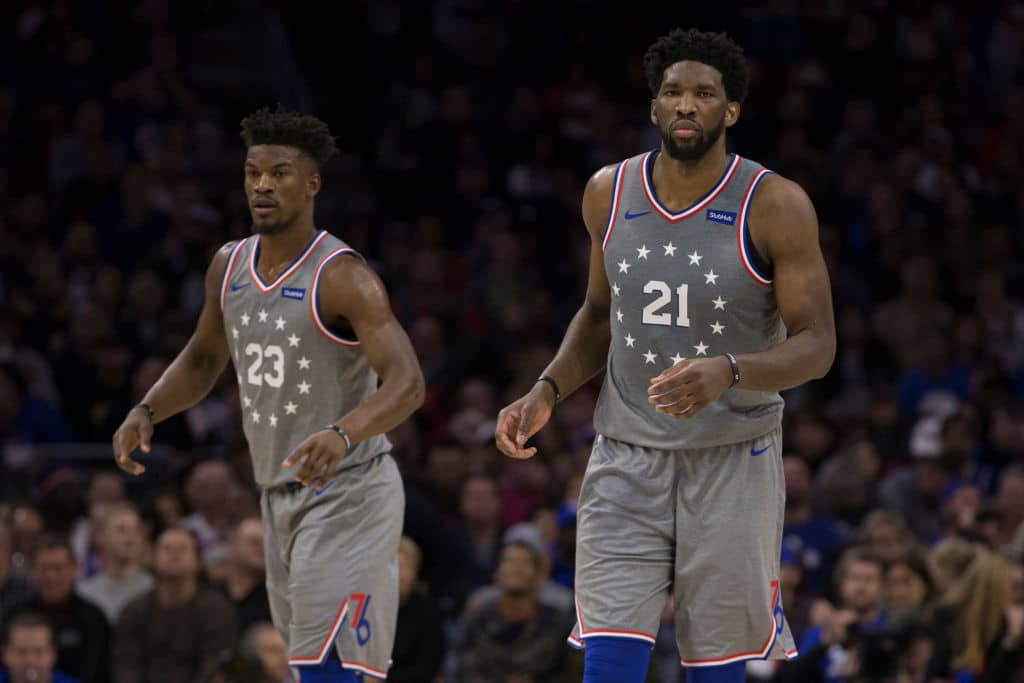 Joel Embiid is not thrilled with the way he’s being used “as a spacer” ever since the Sixers traded for Jimmy Butler.

The big fella says he has been “so trash” in recent performances; he’s shooting 43.1 percent from the field and averaging 23.8 points in 11 games since Butler arrived in Philadelphia.

Head coach Brett Brown says the Sixers need to get better at creating space for Embiid to operate.

“I haven’t been myself lately,” said Embiid, who was held out of Friday’s game against the Pistons by coach Brett Brown. “I think it’s mainly because of the way I’ve been used, which is I’m being used as a spacer, I guess, a stretch five, which I’m only shooting [29] percent” from three-point range.

“But it seems like the past couple games, like with the way I play, our setup, [Brown] always has me starting on the perimeter … and it just really frustrates me. My body feels great, and it’s just I haven’t been playing well.”

The coach noted that it’s clear that opponents swarm Embiid after he puts the ball on the floor in the paint. He said the team is still working on how to react to that pressure.

“I do not see the connection of Jimmy having much to do with spacing,” Brown said. “In fact, I think it completely enhances the possibility to have better spacing.”

Related
Jimmy Butler: ‘I Can See This Being Home’