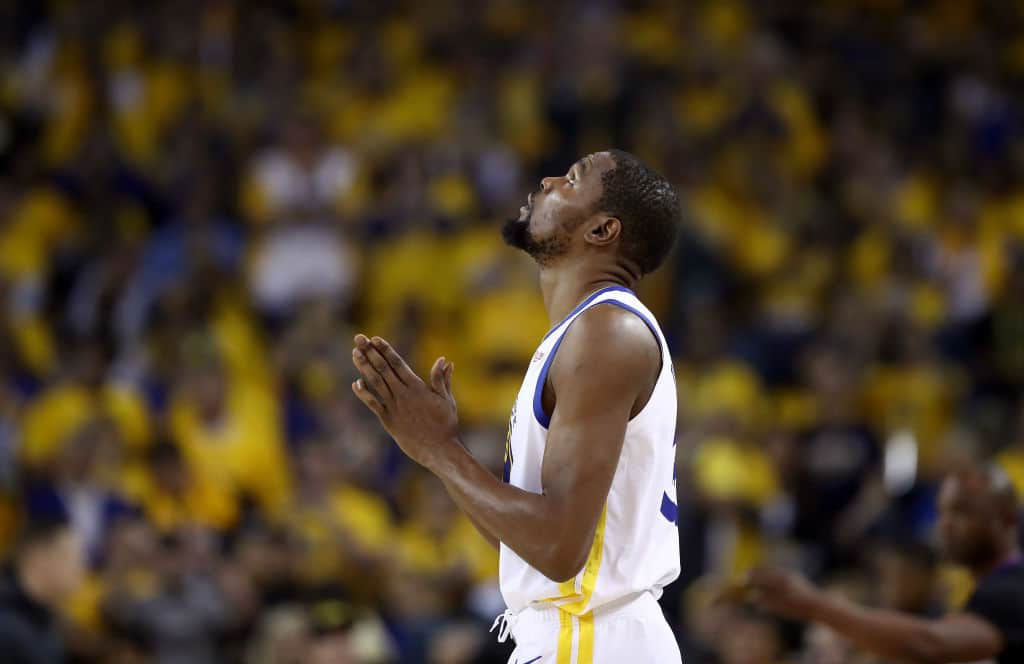 With the NBA playoffs in full swing, Kevin Durant (quite reasonably) wants everyone to focus on the games instead of what he’ll do on July 1 as a free agent.

Durant, however, knows the guessing game about his future is the “sexy part of the NBA.”

KD says he has yet to make a decision about where he’ll be playing next season.

“Yo, just watch the game. Just focus on the game and stop nitpicking, because it is a beautiful game going on out there,” Durant told The Undefeated. “What can I do right now? I can’t sign a paper. I got to do the most important thing, and that is play. And that is what we should be focusing on.”

Durant added that it would be disrespectful to his Warriors teammates to make a decision about his future during the playoffs.

“If I already made a decision, it would take away from the team, what we’re fighting for. Every play would be overshadowed by it,” Durant said. “It is not necessary for me to make a decision right now. It would be bad to do that. It would take the focus off of what is important. I would never want to put my teammates in a messed-up position. I want to forget about it.

“But it is still putting everybody in messed-up positions where everybody wants to know all the time, everybody is speculating and everybody is trying to get in my head and what I think about it.”

Related ‘I Don’t Trust None of Y’All’: Kevin Durant Vents at Media About Free Agency