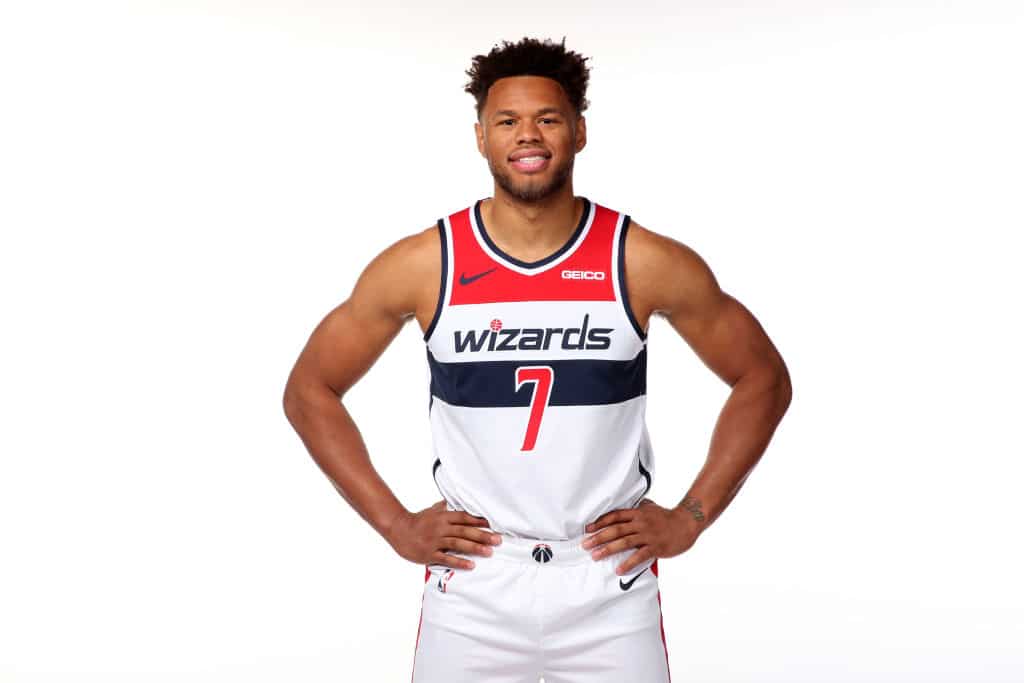 Day three of Wizards training camp ended with Justin Anderson defending Bradley Beal one-on-one. The 25-year-old wing forced Beal to the left, summoning a contested jump shot and a rare miss for Beal on these types of drills.

“I’ve had the opportunity to play alongside some great players,” Anderson told SLAM Newswire. “One thing I’ve learned about them is they want to be pushed. I know Brad wants me to challenge him every day. I want to get my defense better, so there’s no better way to do that then taking him on every single day.“

In addition to Beal, Anderson has played alongside other top players like Dirk Nowitzki and Joel Embiid. The 6’6″ wing, who is entering his fifth season in the league, knows how to make a contribution without the ball in his hands.

“I’m not a guy that’s going to iso and score buckets. That’s not my game. My game is to play a role, fill a void, play defense, play hard, play passionately,” Anderson said.

The Virginia product has been impressive in camp, appearing to be one of the better defenders on the court during the open part of practices. However, Anderson’s spot on the roster is not secure. The Wizards have 13 players with a guaranteed contract, though Anderson’s is not one of them. The team has an open two-way slot, though Anderson is not eligible for that type of deal due to how long he has been in the league.

Which players earn the last couple spots on the roster may come down to what position the Wizards need healthy bodies at. John Wall is expected to miss the entire season. Isaiah Thomas and Ian Mahinmi are each slated to miss at least the start of the season. Troy Brown Jr. and C.J. Miles are each nursing injuries and may share that same fate.

The small forward position in Washington took another hit on Thursday with second-round pick Admiral Schofield limping off the court near the end of practice (it’s unclear what the injury is or how severe it may be).

While Anderson is no lock to make the Wizards, should he stick, he could be in position to start on opening night due to the team’s injuries. Davis Bertans or rookie Rui Hachimura could theoretically man the three, though both players would arguably be out of their best position there.

“In order for us to be complete, we need different pieces to complete the puzzle and I’m just trying to do my part to be my best and hopefully that lands me a spot in Washington,” Anderson said.

Anderson feels like the Wizards believe in him, which is part of the reason he decided to join the team’s training camp in Washington. Yet, the 25-year-old knows nothing is guaranteed with regard to his spot on the team.

“This was my first free agency, it was very appropriate for me to sit back and understand what I was going through,” Anderson explained, “Veterans have always told me to ‘control what you can control’ and I controlled what I could control this summer, working on my game and staying in shape.”

While Anderson’s goal is obviously to make an NBA roster, sticking with the Wizards would be extra special. The Montross, Virginia-native played his collegiate ball at the University of Virginia and he has plenty of family in the DMV area.

“It’s the opportunity of a lifetime,” Anderson said. “We see Kawhi and Paul George, they get to go back home. You see it happen on all levels. Everyone is excited to go back home.“