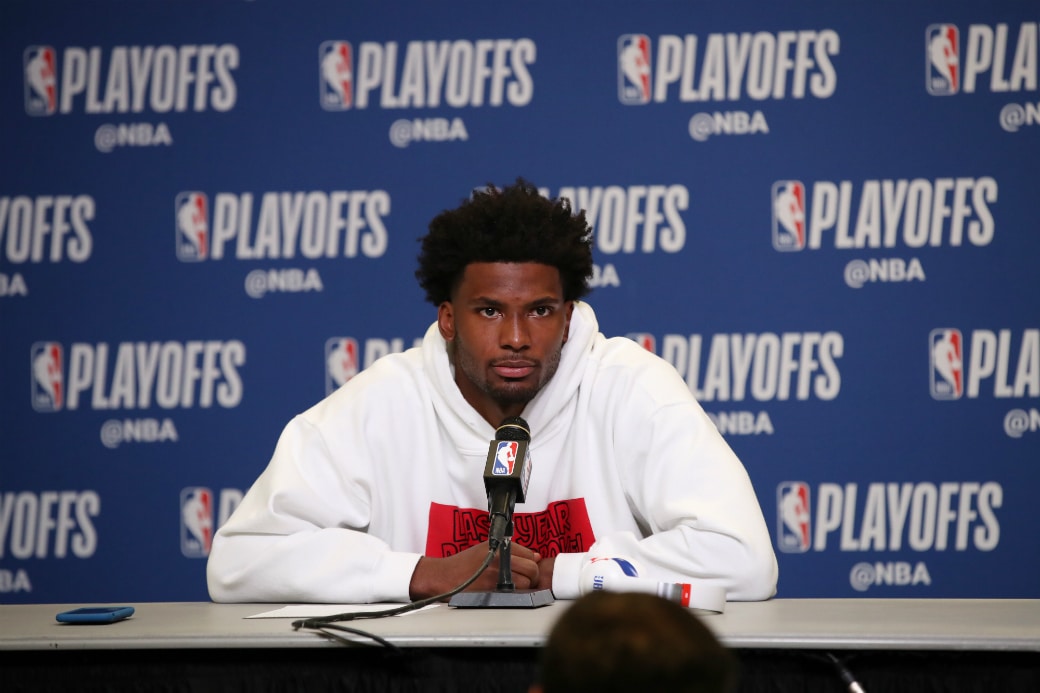 Heat forward Justise Winslow has been fined $15,000 for intentionally stepping on Joel Embiid‘s facemask during Game 3 on Thursday, the NBA announced: 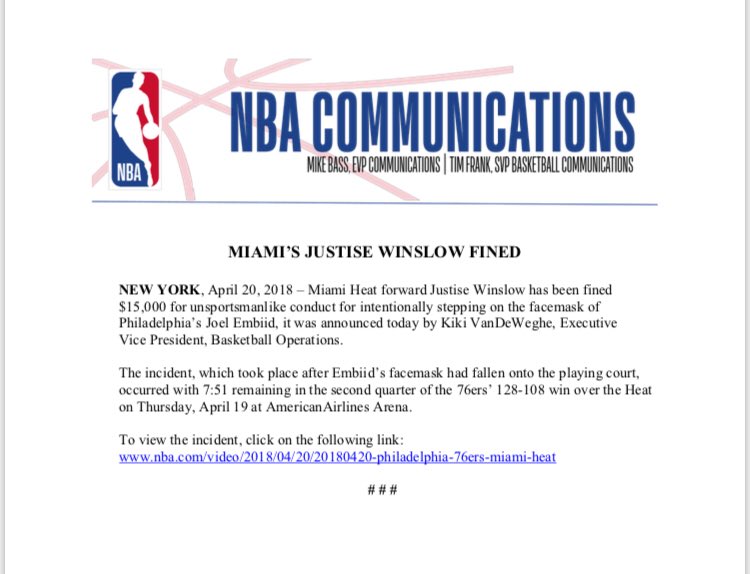 Here’s video of the incident:

After the game, Embiid told reporters: “It’s going to take much more than that to get me out of this series. I’m going to be a nightmare for them.”