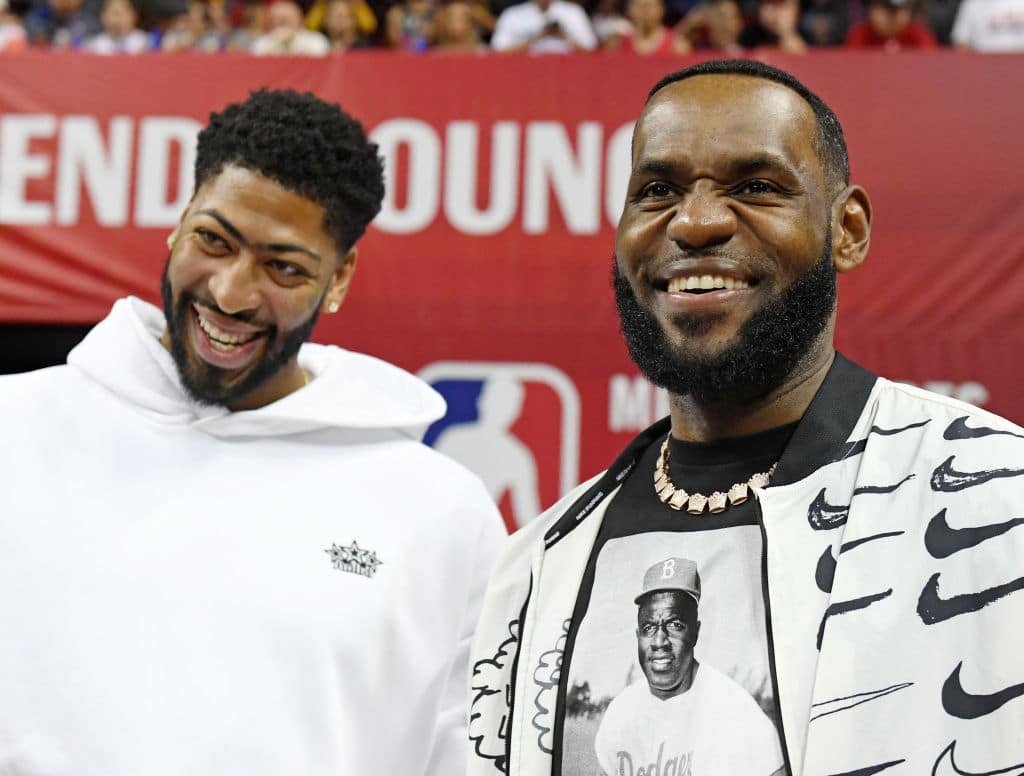 LeBron James “doesn’t have anything to prove to anyone”—in Los Angeles, or anywhere else for that matter—according to Lakers legend Kareem Abdul-Jabbar.

Abdul-Jabbar says James can now compete for an NBA title with Anthony Davis by his side.

The Hall of Fame center adds that LeBron will eventually be considered among the Purple and Gold’s all-time greatest players by simply sustaining his on-court excellence.

“He’s already shown he’s still the complete player that the Lakers wanted so I don’t think he needs to worry about that,” Abdul-Jabbar said Monday during a phone interview while attending the grand opening of NBA Experience at Walt Disney World Resort in Florida. “They just needed to put the right pieces in place around him. You can’t win a world championship with just one elite player. You need some help and I think he has that now.”

Abdul-Jabbar wouldn’t make any championship predictions, but he did say the Lakers with James and the additions of Anthony Davis and DeMarcus Cousins could win a championship. And he expects Lakers fans to warm up to James if the Lakers are playing meaningful games in May and June after missing the playoffs the last six seasons and failing to win a playoff game since 2012.

“If he plays well and the team is contending and in the playoffs and advancing late in the playoffs that should be enough,” Abdul-Jabbar said. “He doesn’t have anything to prove to anyone, but Lakers fans are still hungry and that’s a good sign. They want to win and they want to support the team.”

The key is winning a championship, and that will ultimately determine how Lakers fans view James. The same goes for Davis, who is hoping to become the next great Lakers big man to help them win a title.

“I think Davis is a complete NBA player,” Abdul-Jabbar said. “He can do it all on both ends of the court. He’s going to be a great addition and the fact that he has played with Cousins before in New Orleans and they’ll be teammates again will be good. They have some history, and now they’re going to team up with LeBron James. They have the nucleus of a very good team. The Lakers have put the right pieces together to be championship contenders this season.”