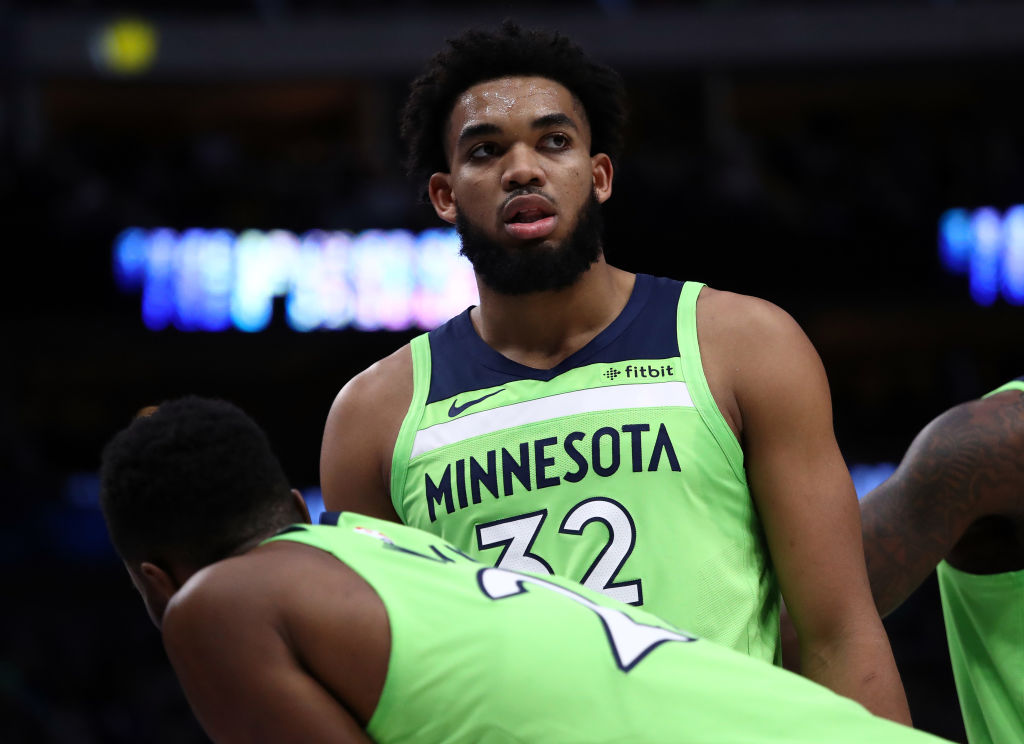 Minnesota Timberwolves big man Karl-Anthony Towns has missed his third consecutive game with a left knee injury and hasn’t seen action in over a week.

The 24-year-old has been as durable as any young star in the league through the first five seasons of his career but exited the team’s Dec. 13 contest after a hard fall in the fourth quarter and hasn’t been back since.

Towns has averaged 26.5 points and 11.7 rebounds per game for the Timberwolves this season and is an instrumental part of the team’s game plan on a nightly basis. For that reason, head coach Ryan Saunders understands the importance of managing the big man’s health.

“As a competitor, you want to play every game and there’s something wrong with you when you don’t want to play or don’t want more minutes,” Saunders told Chris Hine of the Star Tribune. “That’s what I always tell players. But you also need to listen to your body. You need to do what’s best for yourself and the group too in the long term. Karl, he’s always been durable and played.“

That approach won’t be easy given that the team’s current 10-game losing streak has bumped them out of the playoff picture in the West.

Minnesota plays again on Monday night and returns to action on Boxing Day.