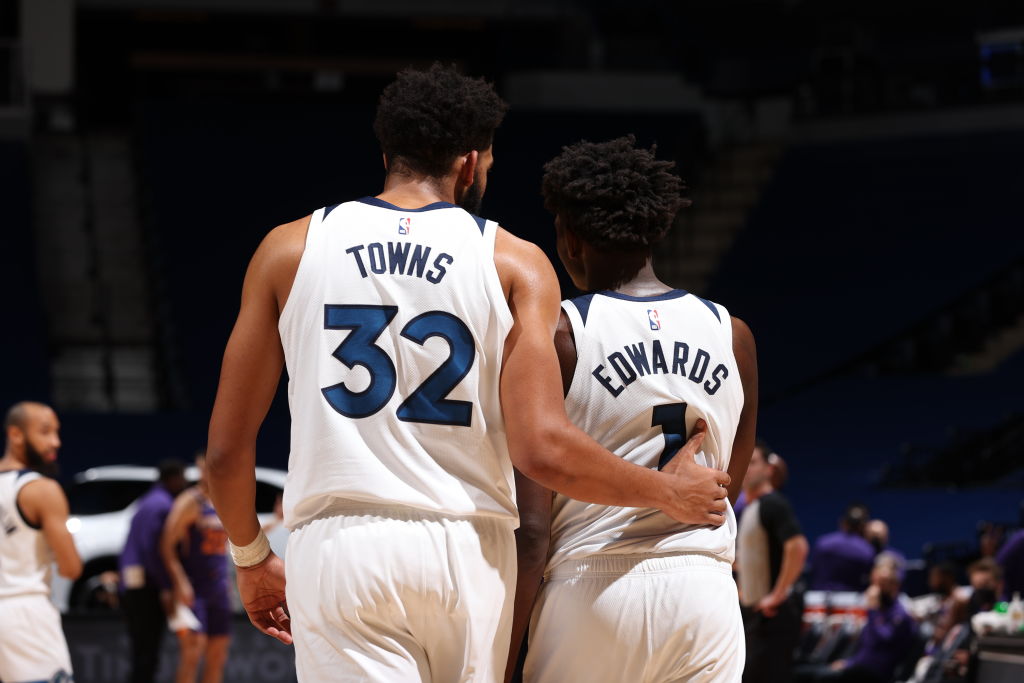 With Charlotte Hornets point guard LaMelo Ball looking like the runaway favorite for Rookie of the Year, many of the discussion surrounding his draft classmates in recent weeks has been centered around whether the franchises that passed on Ball — drafted third overall — made the right decision.

That puts Minnesota Timberwolves guard Anthony Edwards and Golden State Warriors center James Wiseman directly in the spotlight, with both having an up-and-down seasons that have paled in comparison to LaMelo’s.

For Edwards at least, the conversation is less of a question about his potential than where the two players are at in their respective careers.

However, Edwards has had a rough go of it as a jump shooter, knocking down just .381 percent of his shots from the floor and .315 percent of his 3-point attempts.

For those wondering, Timberwolves superstar Karl-Anthony Towns — the face of the franchise and a player known to be both candid and outspoken — is of the mindset that Edwards being selected with the first overall pick in the 2020 NBA Draft was “the right decision for [Minnesota] as a franchise.”

While Edwards seems to take offense to the ongoing debate, KAT’s support of his young teammate speaks volumes about himself, Edwards and the Timberwolves franchise as a whole.

In addition, while Ball has played the best of all rookies in his class, Edwards was the most natural fit (of he, Ball and Wiseman) for a Minnesota team that already had Towns at center and prized facilitator in Ricky Rubio. As guard Malik Beasley’s future with Minnesota was in question in the offseason before signed a four-year, $80 million contract with the Timberwolves, Edwards provided them with a safety net as well.

All in all, it’s difficult to say that Edwards wasn’t the right pick for Minnesota, no matter how well Ball is playing for Charlotte.