Karl-Anthony Towns: ‘I Have to Be Aggressive and I Have to Shoot the Ball’ 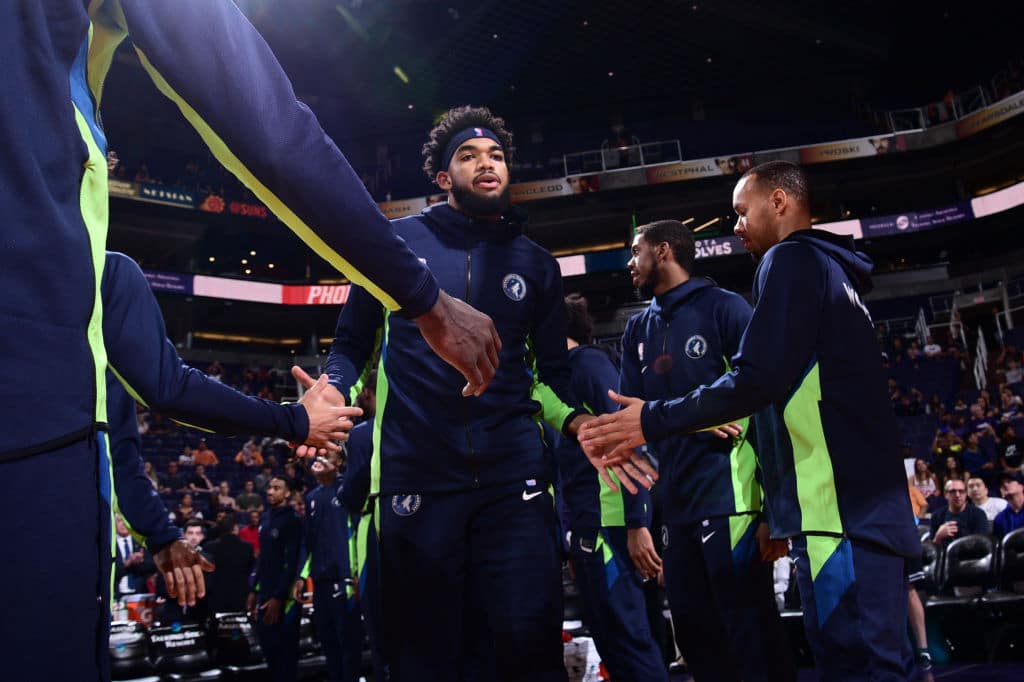 Karl-Anthony Towns plans to be more offensively aggressive this season, with added emphasis on shooting (and making) three-pointers.

KAT adds that being a facilitator is his natural inclination, but that Minnesota needs him to look for his shot in order to be successful.

“I love getting people involved in the game and stuff, but you also have to understand what your team needs and I need to shoot,” Towns said. “So I’ve got to do what’s best for us and what’s best for us is being aggressive at all times.” nee

If what’s best for the Wolves means shooting more threes, that’s what Towns will do. Among Wolves players who appeared in at least 20 games last year, Towns was the team’s best three-point shooter at 40%.

“We do [want him shooting more threes],” [head coach Ryan] Saunders said. “We don’t just want to be a team that relies on one type of action though. You’ll see him a little bit in different places on the court.”

Towns won’t force his three-point attempts just to get his numbers there. The same goes for him as a shooter overall. Or as he puts it, “being aggressive but not being stupid as well.”

“That’s my naturalist state,” Towns said of his role as facilitator of the offense. “Thirteen shots [in Tuesday night’s preseason loss], even for me, I felt I didn’t shoot a lot of time when I should have and got someone open. I still want to do what I love to do, which is get people involved in the game and try to make everyone better, but at the same time for me, for us to win, I have to be aggressive and I have to shoot the ball.”