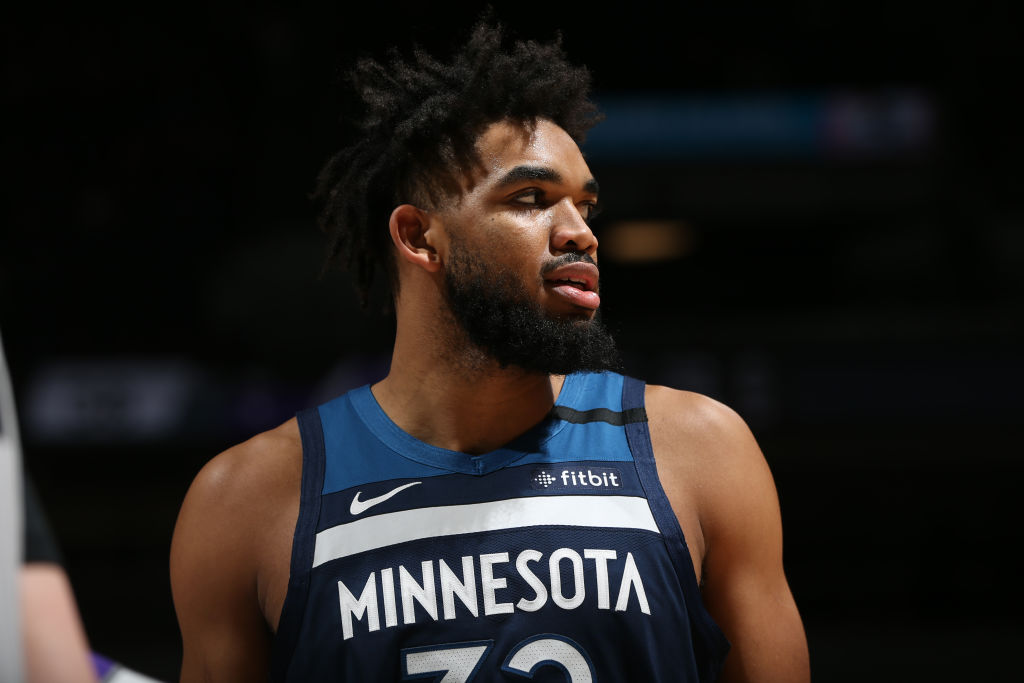 Timberwolves center Karl-Anthony Towns didn’t make the All-Star roster, this despite glittering numbers, and says he is now “desensitized to being disrespected in this league.”

The big fella has missed 17 games this season—two while suspended, 15 to a left knee sprain and illness—and insists he’s solely focused on winning games for Minnesota.

KAT, in a thinly-veiled parting shot, adds that it’s shame the “24 best players in the NBA” won’t be suiting up in the midseason showcase.

“I’m worried about our team, about getting W’s,” Towns said. “I’m desensitized to being disrespected in this league. I’ve been disrespected since I came in. It’s nothing new when I didn’t see my name up there. When you’re a person who’s been disrespected like me so much, it’s something you expect honestly. You’re kind of shocked when you do get it.”

When asked is he was going to use this as motivation, as a chip on his shoulder, Towns said he didn’t need it and got in a shot at this year’s game.

“I’ve had a chip since I came in,” Towns said. “I’m on a journey that goes beyond All-Stars. I’m trying to be the best of the best. I have to go out there and continue to be better and continue to find ways to win for my team and try to build a legacy.

“It’s unfortunate that this year’s All-Star Game won’t have the 24 best players in the NBA, but we got to go out there every night and just find ways to win, because it’s not about the All-Star game, it’s about being in the NBA finals, being in the playoffs, about winning games. That’s how you build a legacy. All-Star is cool and stuff for the fans, but I’m here for the people in this locker room.”

Related Timberwolves: ‘Karl-Anthony Towns is as Untouchable as They Come’