Karl-Anthony Towns: ‘I’m Just a Piece on This Team’ 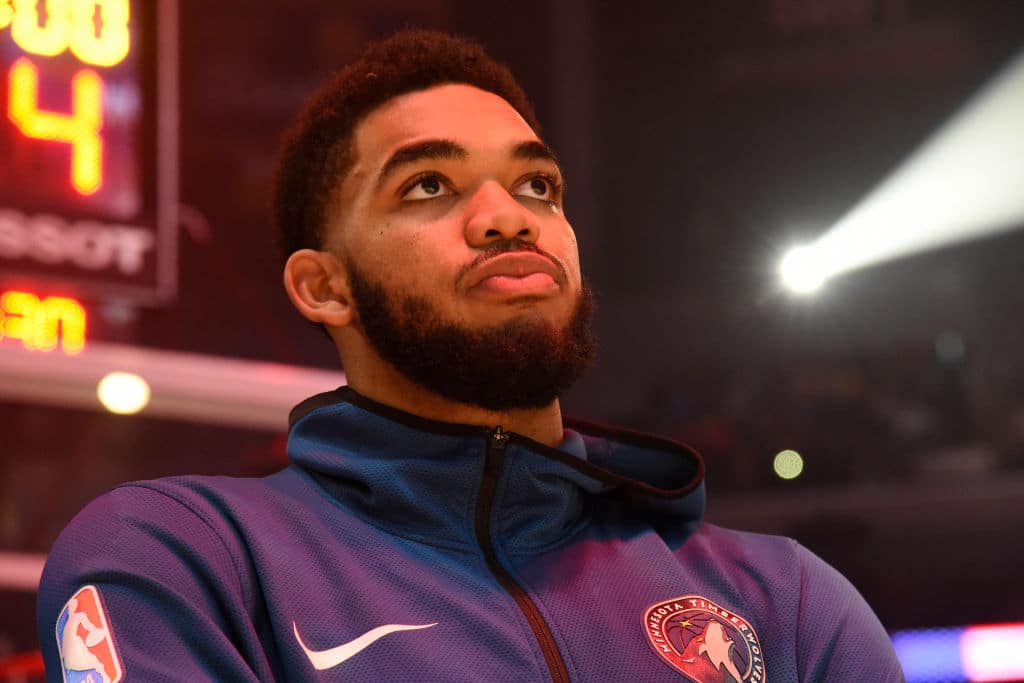 With Jimmy Butler out of the picture, the Timberwolves are now Karl-Anthony Towns‘ team.

Not so fast says KAT: he’s apparently “just a piece on this team.”

The Jimmy Butler-to-Philadelphia trade is complete, and the #TWolves have three new players in the deal. They all have uniform numbers, but won't suit up tonight vs. Brooklyn at Target Center. Pregame blog from @BloodStrib https://t.co/VTk9p6FPy3 pic.twitter.com/K7hwmlWOJA

The 22-year-old All-Star center’s Minnesota teammates, however, fully expect him to take on leadership duties.

“First of all, I’m not one of the most important [players on the team],” Towns said. “I’m just a piece on this team. Everyone is just as important as the next. So if everyone’s doing their job and everyone is working hard, doing the little things, we make a great product. That’s first. And second, we just have to come together. We’re not doing well on defense so far this year, and we have to clean that up.”

[Anthony] Tolliver politely appeared to beg to differ. To him, Towns and Wiggins are leaders.

“What really matters is those guys understanding the responsibility of being max players,’’ Toliver said. “Being depended on every single night to bring a certain level of consistency. I think that both of them are very young. But it’s up to all of us around them to continue to bring them along on the consistency side, and on the responsibility side.

And on Towns in particular? “He’s our best player,” Tolliver said. “There is a certain responsibility that comes with contracts you get and also being very talented. People expect it every night, even though sometimes it might not be fair. But they expect him to get 30 and 20. And if he doesn’t, it’s not as good a night as they wish he could have had. That’s a part of this game, part of this league. So, whenever you sign those types of contracts, and you’re a part of a team and they’re building around you, you gotta bring it.”