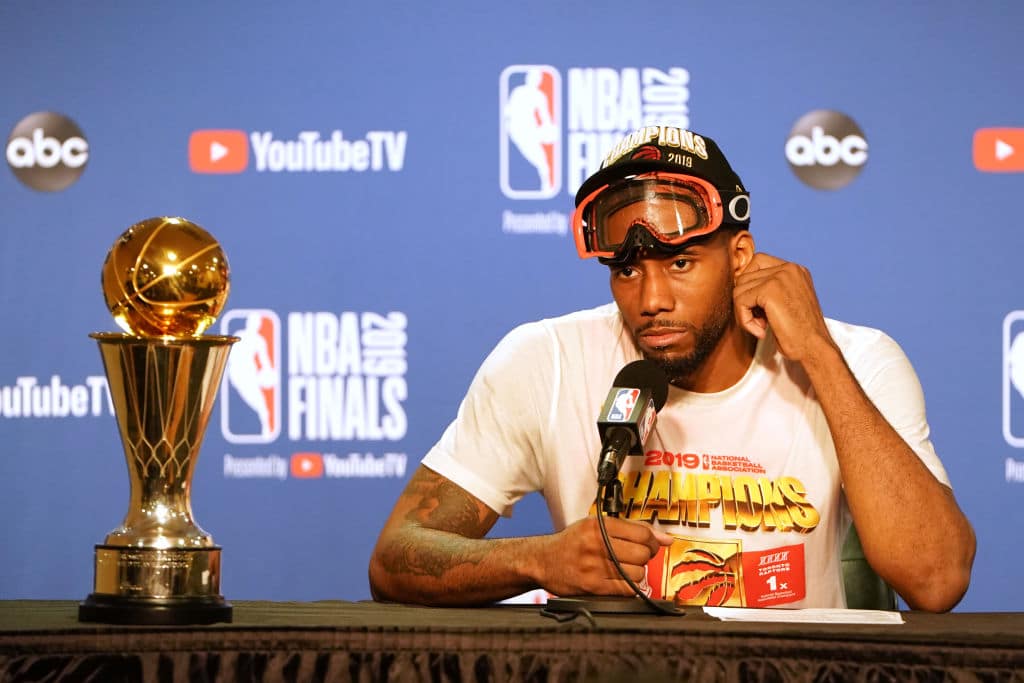 For the second time in his nine-year career, Kawhi Leonard has been named Finals MVP. The forward was a nearly unanimous winner of the award, the lone dissenting vote going to Raptors guard Fred VanVleet.

Leonard averaged 28.5 points, 9.8 rebounds, 4.2 assists, 2.0 blocks and 1.2 steals per game for Toronto over the course of their six-game series with the Warriors.

With the win, Leonard becomes just the third player in NBA history to win the award with multiple teams. Leonard’s last Finals MVP came with the San Antonio Spurs back in 2014.

Leonard’s impressive Finals performance caps off an impressive postseason run, one that some question may be among the greatest individual playoff runs in league history.

Leonard’s 732 points over the course of these 24 playoff games sit third on the league’s all-time record list for total points in one postseason.