Kawhi Leonard: ‘That Miami Heat Team is the Greatest Team I Have Ever Played’ 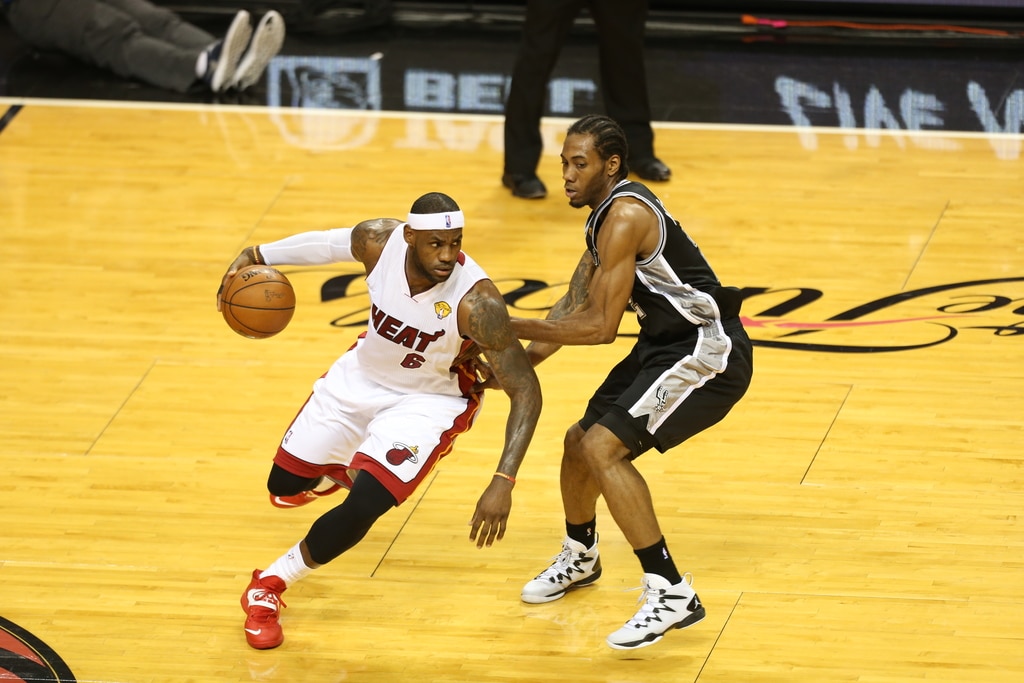 Kawhi Leonard says the Miami Heat team featuring both LeBron James and
Dwyane Wade is the best one he has ever faced.

Leonard adds that having to go up against both future Hall of Famers, at the height of their powers, made him a better player.

Kawhi and the Raptors spoiled Wade’s final visit to Toronto, defeating the Miami Heat 117-109 on Sunday.

Per The Canadian Press:

Dwyane Wade led the Heat (38-41) with 21 points in his final trip to Toronto. The three-time NBA champion is retiring this off-season after 15 years in the league.

Leonard and Wade exchanged jerseys after the game.

“Just going through those championship series (when Leonard was with San Antonio) and facing him, and that Miami Heat team is the greatest team I have ever played,” Leonard said. “Being that young and having to guard Wade and LeBron it got me to where I am today. Losing and then coming back and winning just helped me out, man. It’s like I told him before, me going through that and them being as great as they are just made me a better player.”