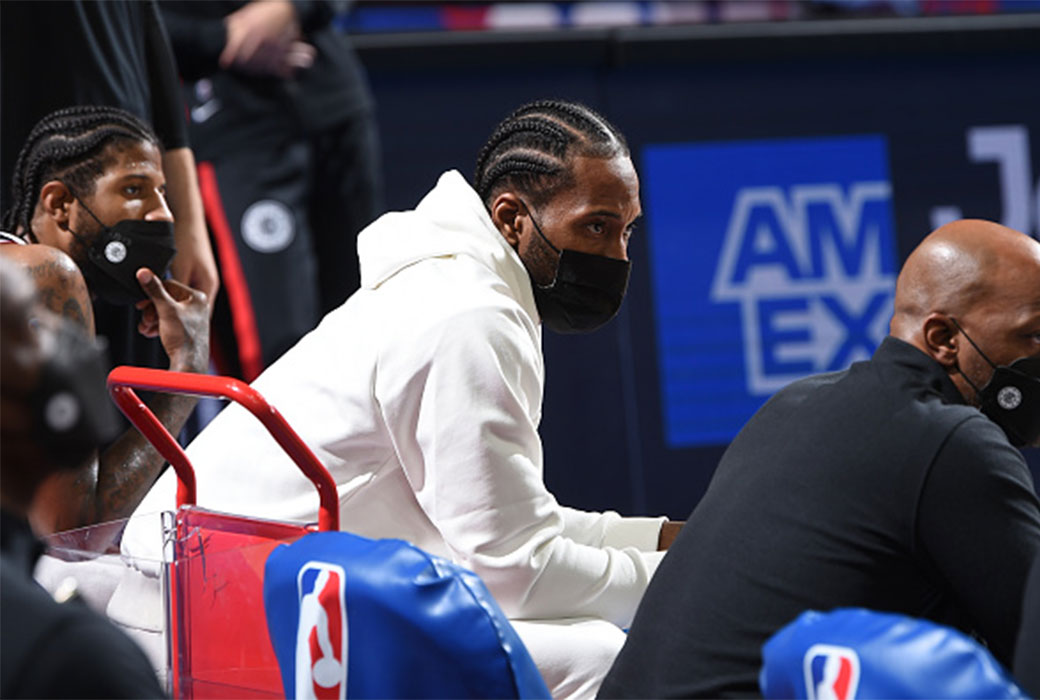 The Los Angeles Clipper’s injury situation continues to mirror last year as their All-Star, Kawhi Leonard will be held out until next week due to foot soreness. The injury will be re-evaluated then, according to The Athletic’s Shams Charania.

Clippers star Kawhi Leonard will be re-evaluated next week with right foot soreness.

Leonard missed four straight games last week mostly due to his foot injury, only to return for Sunday’s game against the Minnesota Timberwolves. Leonard finished with a near triple-double, filling the box score with 15 points, 11 rebounds, and eight assists in only 23 minutes.

Clippers coach weighed on how the superstar will be handled through this situation leading to the postseason next month, via ESPN’s Ohm Youngmisuk.

“He wants to get out there,” Lue said. “But right now, it’s not the smartest thing to do with him feeling it and trying to manage it for the most part for a while now. We just got to be smart about it. Sometimes you got to protect the player from themselves, and right now that is what we are doing.”

With Leonard sidelined, the Clippers are missing three starters with various injuries. Point guard Patrick Beverley will be out indefinitely after breaking a fourth metacarpal bone in his left hand on April 8. Center Serge Ibaka has been out 20 games with back problems. Los Angeles filled those gaps by bringing in Rajon Rondo in a trade from Atlanta and signing DeMarcus Cousins on consecutive 10-day contracts.

Leonard has season averages of 25.7 points, 6.7 rebounds, and 5.1 assists per game this season, however, he has missed time because of various injuries and NBA’s health and safety protocols.