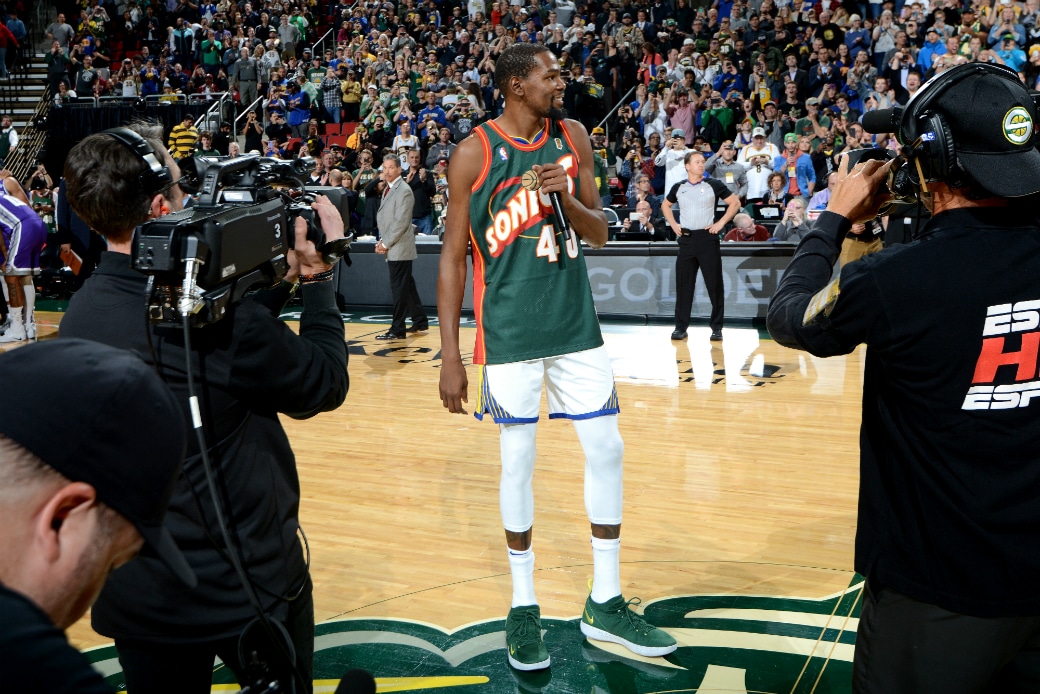 Kevin Durant put on a show in his return to Seattle.

With the Warriors taking on the Kings at KeyArena, the old home of the SuperSonics, KD donned a retro Shawn Kemp jersey during the intros and warmups. He addressed the crowd before the game, shouting out the WNBA champion Seattle Storm and saying “hopefully [the NBA] is back in [the city] forever soon.”

Then the All-Star forward, who was drafted by Seattle back in 2007, proceeded to drop 26 points, 6 rebounds and 7 assists in a dominant victory. Peep all the highlights below: