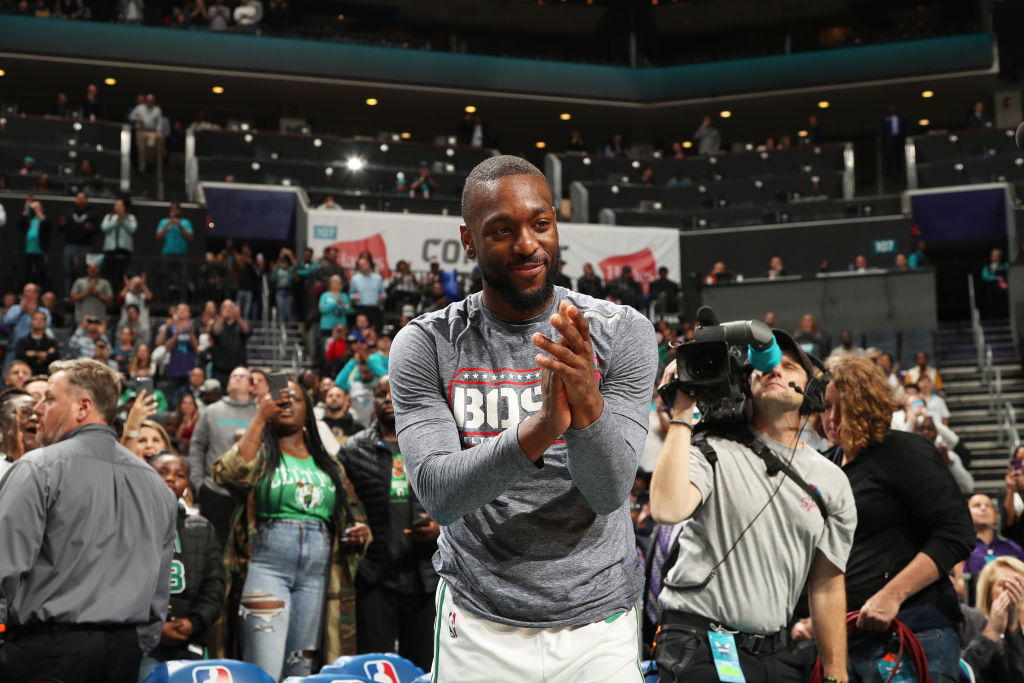 Kemba Walker received nothing but love in his first return to Charlotte after joining the Celtics this past summer. The crowd greeted the All-Star with a standing ovation in warmups.

Walker went on to score 14 points in the Celtics’ blowout win.

LaMarcus Aldridge led the way for San Antonio with a season-high 39 points. Teammate Dejounte Murray added a double-double of 17 points and 10 assists. Danilo Gallinari paced the Thunder with 27 points.

Jimmy Butler scored 30 of his game-high 34 points in the first half alone, helping Miami build its lead early. Bam Adebayo added a double-double, totaling 15 points and 10 rebounds. Aron Baynes led the Suns in points with 23 off the bench.

The Clippers came out on top in the nail-biter thanks to timely buckets from Kawhi Leonard and the ultimate dagger by Lou Williams. The Leonard-Williams duo combined for 53 points in the win. Portland received 22 points apiece from Damian Lillard and CJ McCollum.