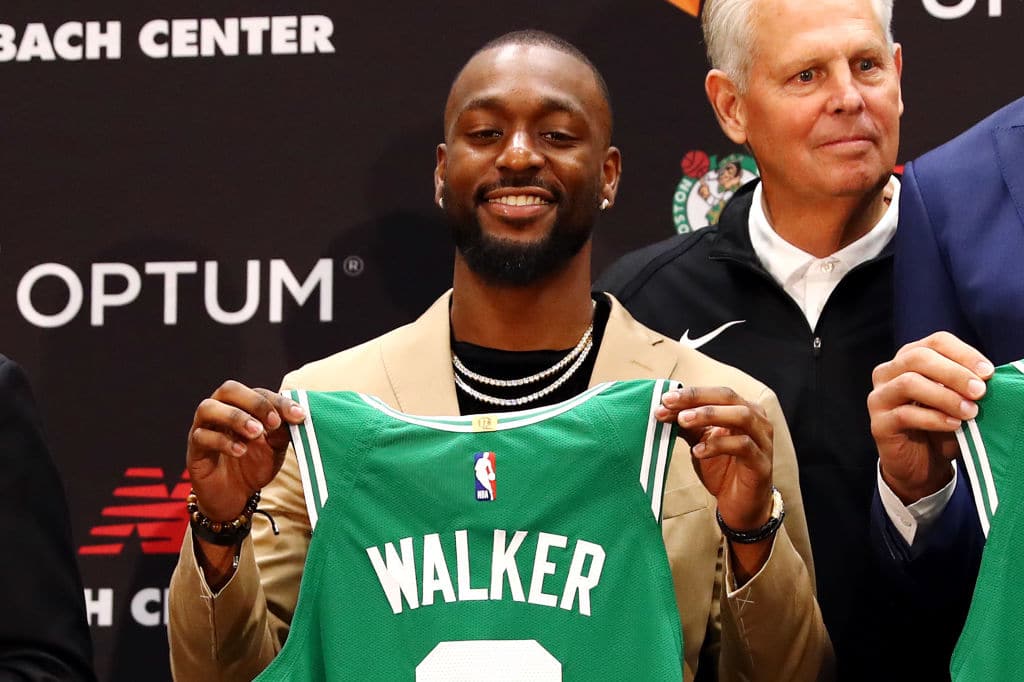 Kemba Walker spent the first eight years of his career in Charlotte. During that span, he was a three-time NBA All-Star but only went to the playoffs twice, one of which was when the team was still the Charlotte Bobcats.

After the 2018-19 season, Charlotte had the opportunity to sign Walker to another big contract, ultimately making him a Hornet for the rest of his prime. Looking to avoid the luxury tax, they offered Walker less than the supermax contract extension he was eligible for. This resulted in him deciding to start a new chapter and consider other teams as a free agent.

According to Tony Luong of The New York Times, Walker was heavily pursued by the Los Angeles Lakers, the Dallas Mavericks and the team he grew up closest to, the New York Knicks. He ended up signing with the Boston Celtics just one minute into the official free agency period.

Marc Stein reported last summer that he would be a top target in free agency after trading for Anthony Davis, which isn’t surprising considering Walker was one of the top free agents in the class. It was also reported by Chris Haynes of Yahoo Sports that Jimmy Butler was on Los Angeles’ short list of top free agent targets.

Only time will tell if the Lakers striking out on Walker will result in them not winning the NBA championship they are chasing.