The Jet weighs in on the current state of hip-hop. 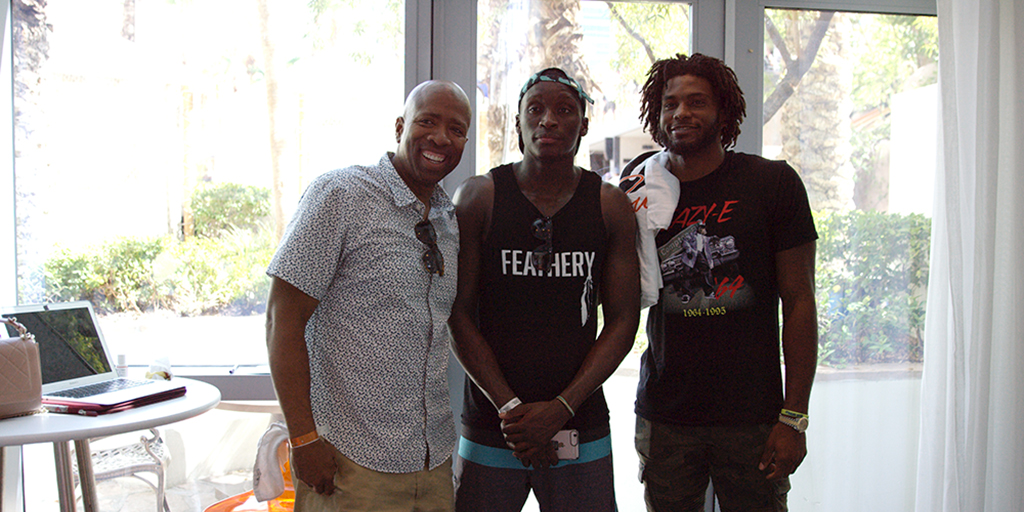 Last Saturday, Kenny Smith was in attendance for JBL Fest, a three-day music festival that featured artists like Damian Lillard aka Dame D.O.L.L.A. at the Hard Rock Hotel in Las Vegas. Lillard, who released his debut album, The Letter O, in 2016, performed songs from the project and rocked the stage in front of a VIP-only crowd that also included other NBAers like Paul Pierce, Justise Winslow and Victor Oladipo.

At 52, “The Jet” has lived through the music careers of NBA players like Kobe, AI, Shaq, and Metta World Peace—all of whom crossed over into the music industry at one point or another during their time in the L.

We caught up with The Jet inside JBL’s social suite after the performance to talk about his initial thoughts on Dame’s rap career, favorite Shaq rapping memory, music in 2017 and more.

SLAM: What were your first thoughts when you heard about Damian’s rap career?

SLAM: Especially since the music crowd can be pretty harsh if the artist is wack.

KS: Oh, no question. People are not in their normal state of mind, so it’s tough to get them to really like what they’re doing, but he did a really good job.

SLAM: What does that say about someone who’s succeeding in two lines of work like Dame?

KS: I think that just says a lot about his work ethic. He obviously has a great work ethic—it’s put him where he is. I have a daughter that’s in music so I know what it takes. My daughter [Kayla Brianna] put a single out. I’ve been in those studios and have picked her up at four in the morning when she’s been in there since four in the afternoon. I understand what this is all about and it’s a lot of work ethic.

SLAM: You’re an OG when it comes to music. What are your thoughts on the current state of hip-hop?

KS: It’s a natural evolution. It’s always constantly changing and moving. What it always turns back to is you’re going to make people have a lot of fun or you’re going to say something that impacts their lives. You gotta be one of those two people no matter how you get there.

SLAM: Do you and your kids ever have disagreements over music?

KS: Oh, without a question because they come from a different era. The funny thing is the only disagreements we have is they don’t know the samples in songs. I always know which records [artists] sampled and they’re like, How do you know? And I was like, I was rocking to the original!

SLAM: A lot of players have on-court Shaq memories, but are there any that you have from his music career?

KS: When he did the song with Biggie he had me. I’m from New York City, Biggie was the greatest rapper alive without question and still is in my book. So I was like, Big Fella, you’re official.

SLAM: What are some of the things that have caught your eye here at JBL Fest?

KS: I’ve been partnering with JBL for two years now individually, so nothing surprises me anymore. Just the quality is great; everything that’s going on here is top notch, first class.

SLAM: Along with Dame, you’re also a JBL ambassador. What was it about them that you felt was right about the partnership?

KS: We all probably been rocking with JBL and didn’t even know it. The movie theatre—all of those speakers are JBL. Eighty-five percent of the cars in the world have JBL audio in them. I always knew that kind of stuff because I’m a techy guy. When I got the opportunity to partner with them, it was a no-brainer.