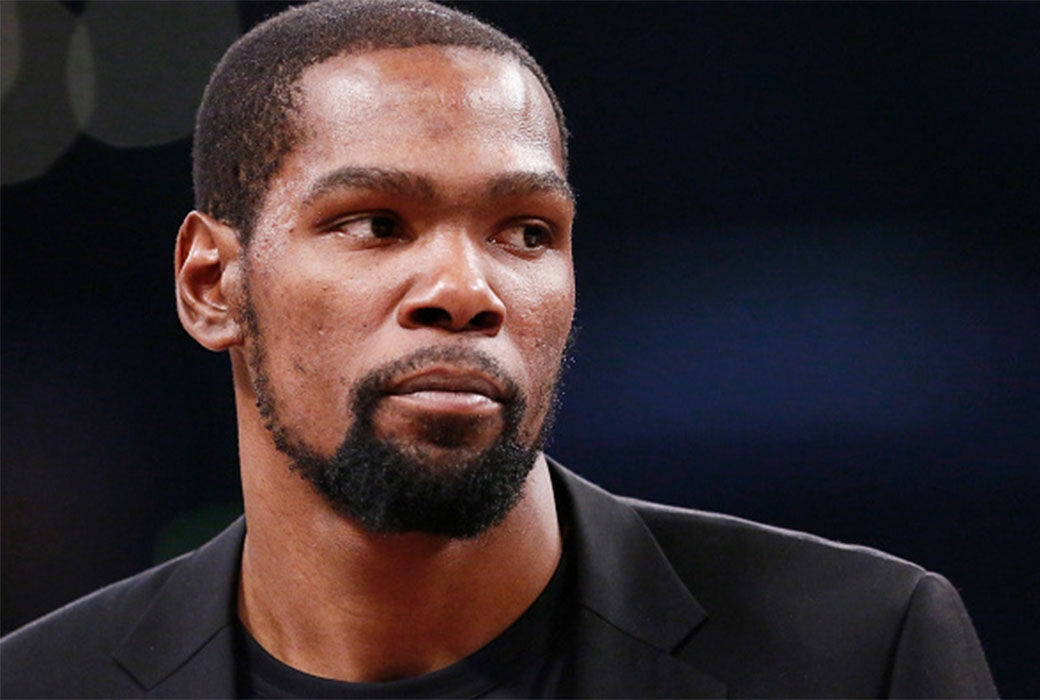 Versatile: able to adapt, embracing a variety of skills.

Brooklyn Nets forward Jeff Green says that as a team, the Nets are the very definition of the word. They’ve got centers who are “mobile” and guards that can play multiple positions. It’s a sentiment being echoed by superstar Kevin Durant.

According to Kristian Winfield of the Daily News, Durants says he’s ready to play any position that head coach Steve Nash wants him at, whether it be small-ball forward or at center.

“As far as schemes and how I fit on the offense and defense, I think coach is going to use me in a variety of ways, especially as a small-ball five and four sometimes and bringing the ball up too,” Durant said in a conference call on Wednesday. “It’s more so where everybody can utilize their strengths. They can handle the ball. Anybody can bring it up, and guys are going to be switching on the defensive side of the ball. So, I think as the game goes and as it ebbs and flows, each player, I think guys are going to be playing different positions.

“On one possession, Kyrie might be the two, Caris might be bringing it up,” Durant added. “So, you’ve just got to be ready for anything. Coach is just going to throw me out there and see how I respond.”

The Nets have a stacked roster this season with Durant, Kyrie Irving, Caris LeVert, Spencer Dinwiddie and others. The real question for Nash is figuring out what to do with all of that versatile talent.

“I couldn’t tell you what’s going to happen to the rotations yet, there’s a lot of competition for spots and minutes which is a positive as well,” Nash said. “It’s tough on a coach but it’s positive for our group and program but they are. They’re gaining connectivity which I always preach that familiarity that chemistry’s coming and so that’s something where I’ll say a few days in I’ve been really positive and excited about it.”

KD says there’s been a lot of “healthy competition” in practice, too:

“We’ve got such a talented group. You’ve got guys who can do multiple things on the floor with the basketball. It brings the best out of everybody, having Spencer and Caris going at it every day, Kyrie, myself going at it, DJ and Jarrett going at it every day,” Durant says. “That just breeds that competition. It’s a healthy competition. It’s not like guys are, you know, wanting another guy’s spot. It’s more so we want to push each other because we know it’s going to help with the end goal. So, it’s been healthy, it’s been good and guys are getting better.”

He’s optimistic about the team’s potential:

“I’ve never been one to predict anything, but I like our chances of going out there and competing at that high level every single night,” Durant says. “And as tough as that is in this league, I think we’re capable of doing that,” he said. “We’ve got a lot of guys who have experienced so much in this league. We’ve got champions on this team, we’ve got guys that have been in playoff runs, been in Game 7s, so, it’s always important to have that much experience and knowledge within the group. We’ll see where we go from here.”