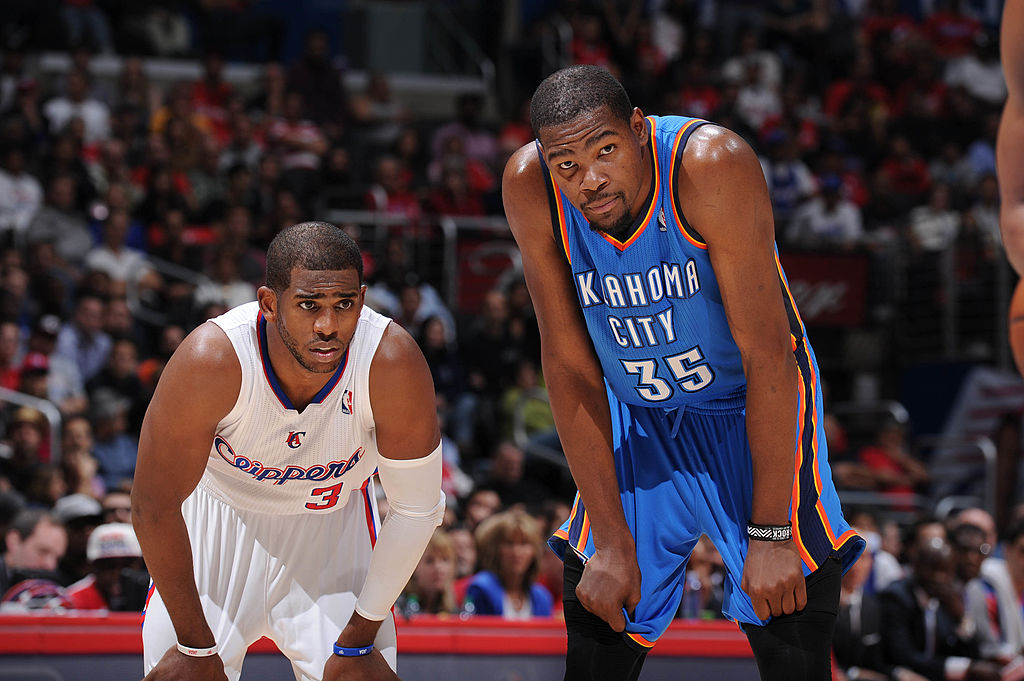 To some, being a 10-time All-Star, nine-time All-NBA selection, nine-time All-Defensive team selection, six-time steal champion, four-time assist champion and 2006 Rookie of the Year isn’t enough to secure a spot in the Naismith Memorial Basketball Hall of Fame.

Being seventh in NBA history in both career assists and steals doesn’t help either.

Such is the life when you’re Chris Paul, one of the most talented players to have never made it to the NBA Finals, let alone to win a championship. Because of the RINGZ culture’s emphasis on the importance of winning championships, the rise of score-first point guards like Stephen Curry and Paul’s at-times abrasive personality, Paul has somehow become underrated in the league.

Not just currently but historically, as it’s become commonplace for fans to dismiss Paul’s case as an all-time great player.

Unsurprisingly, another instance of Paul’s greatness being sold short occurred rather recently, as an Instagram user suggested that CP3 join the Los Angeles Lakers — the reigning NBA champions — because not having a ring is what keeps CP3 from being in the Hall of Fame conversation.

“Chris Paul in the hall of fame already,” writes the two-time Finals MVP.

At 35 years old, Paul has enjoyed a long and fruitful career, emerging as one of the most popular players in the NBA for a decade and remaining one of the league’s top players after 15 seasons.

Although he has yet to win a championship, it’s worth mentioning that the NBA Finals have been dominated by LeBron James, the Splash Brothers’ Golden State Warriors, Kobe Bryant’s Los Angeles Lakers and Tim Duncan’s San Antonio Spurs since Paul entered the league.

Perhaps joining the Lakers or some other juggernaut would boost his chances of winning a ring and his respect among a certain segment of fans.

Nobody should take the stance that Paul isn’t a first-ballot Hall of Fame player already though; that opinion is indisputably wrong.