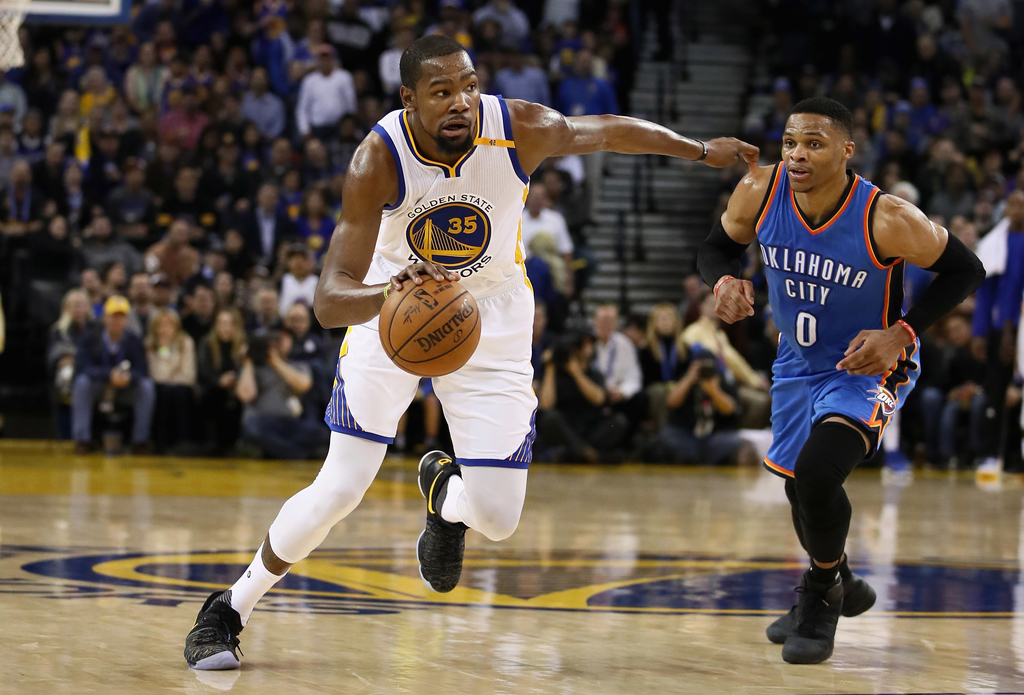 Kevin Durant is now 2-0 against his former team, and has registered season-highs in points each time he’s faced the OKC Thunder.

Russell Westbrook had his 21st triple-double, putting up a statline of 27 points, 15 rebounds and 13 assists in the loss.

“You can’t deny the history obviously with him with OKC,” Stephen Curry said. “It’s one of those games the intensity is high and at all costs you want to get the win.”

In his two games against the Thunder, Durant has scored 79 points on 28-for-40 shooting. He hit seven 3-pointers in the first meeting, a 122-96 Warriors rout Nov. 3 at Oracle Arena. Durant also had 12 rebounds Wednesday.

“The efficiency of this guy is just amazing. He’s not going to win the MVP because there are a lot of people out there who are playing extremely well,” Warriors coach Steve Kerr said. “But I don’t think anybody’s more efficient. He doesn’t need the ball and he still scores big numbers.”

Related
Kevin Durant: Facing OKC ‘Never Going to Be a Regular Game for Me’