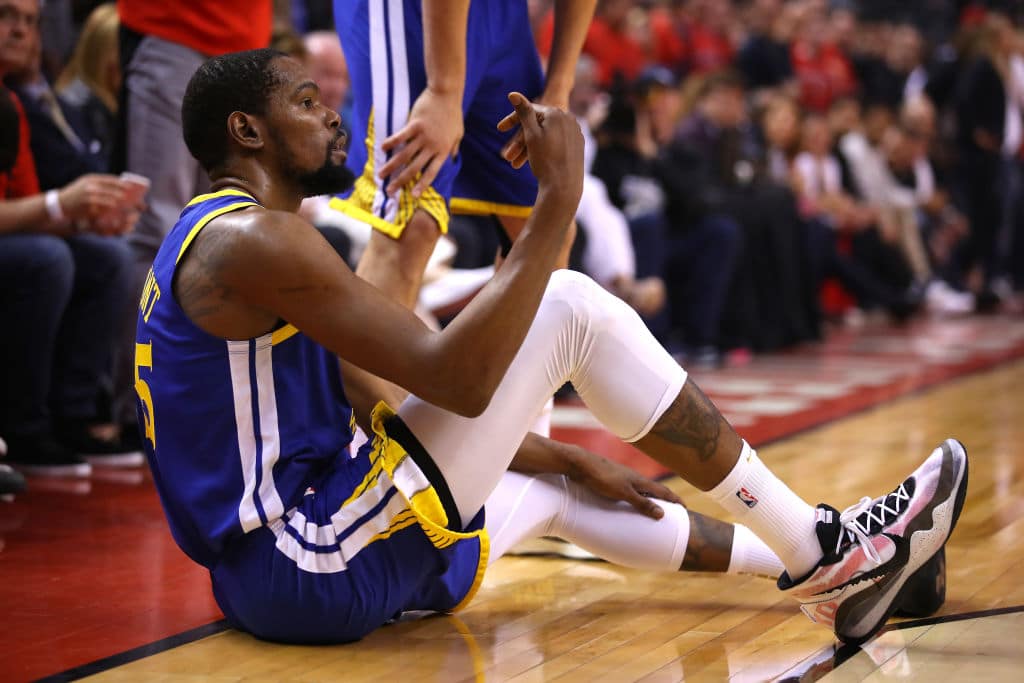 As was feared, Kevin Durant did major damage to his Achilles, two minutes into the second quarter of Game 5 of the NBA Finals on Monday night. The superstar has posted on Instagram that he ruptured the tendon and has since undergone successful surgery.

Durant had returned to the court for the Warriors for the first time in over a month and looked every bit the potent superstar scorer he was prior to the calf strain that has plagued his postseason.

Durant hit the deck after planting his injured right leg in an effort to drive past Serge Ibaka out on the perimeter and immediately began to hold his lower right leg.

While both Durant and the Warriors have their eyes firmly set on an NBA Finals matchup they’re still very much a part of, the long-term effects of a serious injury could impact Durant’s pending free agency.

Durant has a player option worth $31.5 million for 2019-20 that he could technically pick up and avoid free agency altogether. That didn’t look like a realistic scenario previously given that he could earn anywhere from $160 – $220 million over the course of a long-term guaranteed deal if he opted out.

Related: We break down every notable potential Warriors free agent