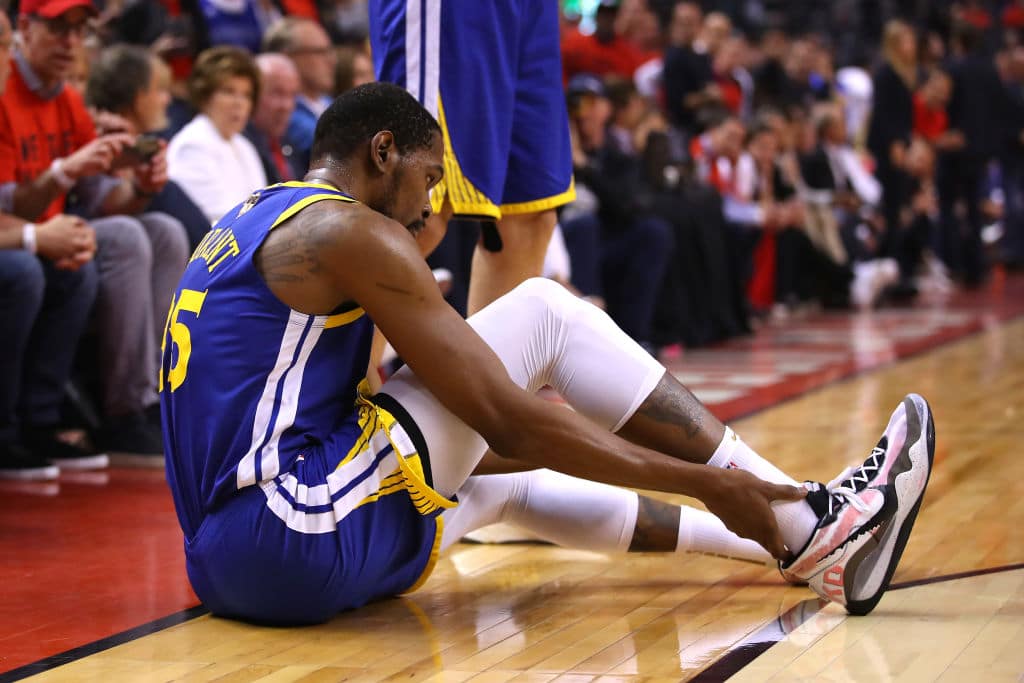 Update #3, 1:58 am: Ramona Shelburne reported that team officials believe that Durant’s MRI will confirm that he tore his Achilles’ tendon.

Update #2, 12:12 am: Warriors general manager Bob Myers has revealed that Kevin Durant has an Achilles injury, though he later clarified that the initial injury was, in fact, a calf injury as was reported.

The executive appeared to be very emotional giving the update on the the injury and the process that led up to the decision to let Durant play, Michael Grange of Sportsnet reports.

The decision to let Durant play was a collaborative decision between all parties.

“He was cleared to play tonight,” Myers said. “That was a collaborative decision. I don’t believe there’s anybody to blame. I understand this world, if you have to, you can blame me. I run our basketball operations department. “

Update #1, 10:41 pm: Kevin Durant is out for the remainder of Game 5 with a ‘right leg injury’, the Warriors have announced. Durant will have an MRI tomorrow.

Golden State Warriors fan Kevin Durant has been helped off the floor after appearing to re-injure his calf in the second quarter of Game 5.

Durant appeared to tweak his lower right leg, fell to the ground and rubbed the calf. He was taken to the locker room with the support of team trainer Rick Celebrini and Andre Iguodala.

There has been no official word on Durant’s status at this point.