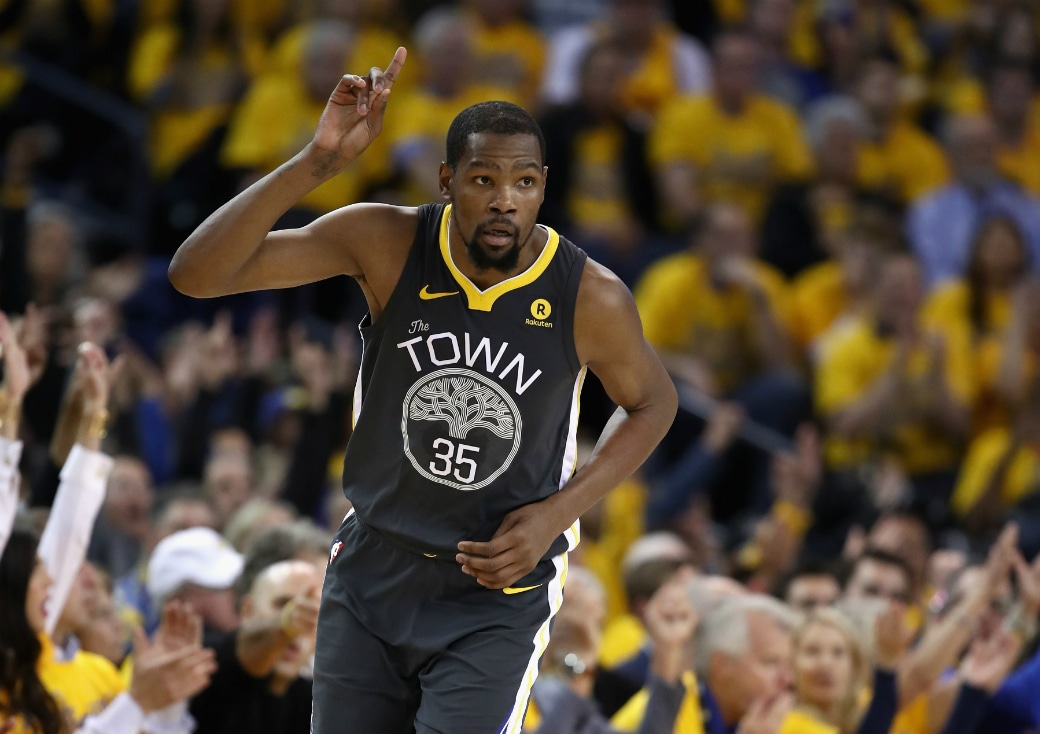 Warriors All-Star Kevin Durant was honored on Time’s 100 Most Influential People list of 2018.

Eddy Cue, the senior vice president of Internet software and services at Apple, wrote the brief description of Durant’s remarkable generosity (particularly with the College Track program) and overall work off the court for Time:

From committing $10 million to the College Track program to help disadvantaged kids receive higher education to building and renovating basketball courts around the world so at-risk youth have a safe place to learn and play, KD is giving those growing up in tough situations, like he did, a path to success. His generosity knows no bounds.

As an entrepreneur, KD brings the same relentless work ethic and pursuit of excellence that he has on the court, focusing on companies and products that are making lives better. Above all, he has ridden the ups and downs of following his heart, making a hard choice and taking control of his own career—and has emerged wiser, happier, with his head held high. He’s a role model for us all.

Big honor for me to be on this year’s #TIME100 list. Thanks @cue for the kind words! https://t.co/OlcoRZMggj