Kevin Durant: ‘I’m 100 Percent Committed to This Team This Year’ 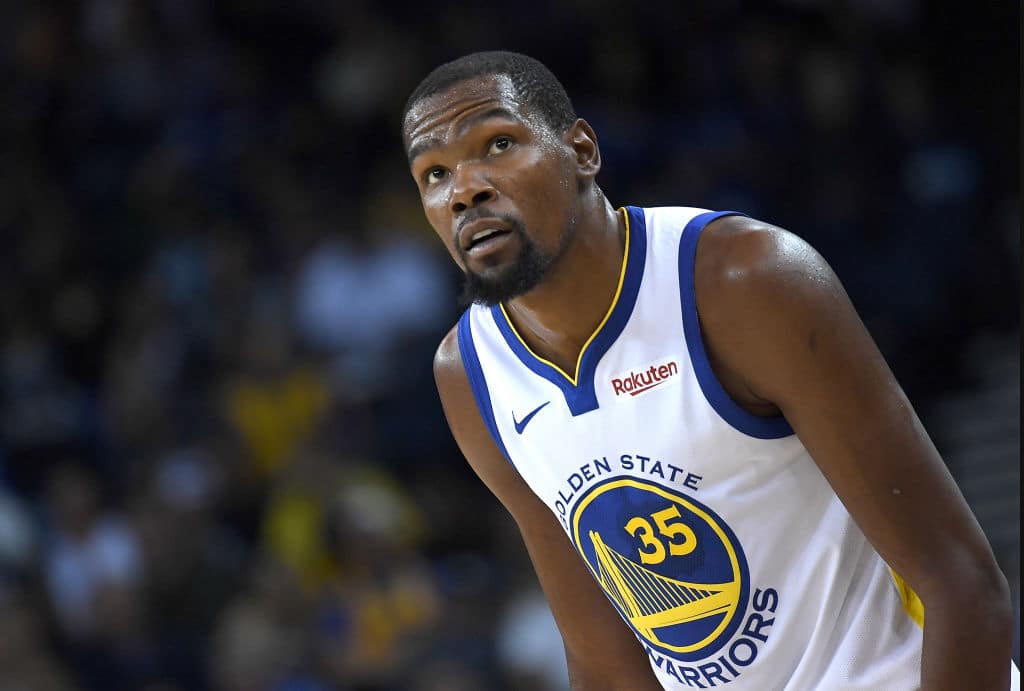 Kevin Durant says he is “100 percent committed” to the Golden State Warriors this year.

As for his free agency next summer, KD says he will simply be be “honest” about the looming decision.

Kevin Durant knows all the questions about his future are coming this season — but he’s ready for them. He’s in a good place with the Warriors and he’s enjoying all the success he’s earned in his basketball life. He’s learned a lot from his OKC departure. https://t.co/hXQbtFoNQN

Durant knows his futurue will remain top-of-mind for fans and media, but he intends to keep his focus on the Dubs’ NBA title defense.

“So I know the questions are going to come. I know a lot of people are going to speculate and print rumors and sources, but nobody’s heard from me about anything, so it’s just all speculation at this point.”

Entering his 12th season in the league, Durant, 30, reiterated that he is enjoying the process of trying to prolong the Warriors’ dynasty.

“I’m here,” Durant said. “I’m 100 percent committed to this team this year and going as hard as I can every single day to be the best player that I can be to help this team win. It’s going to be a lot of speculation on where I should go play ball, but at the end of the day it’s just me playing ball. It doesn’t really matter. I’m just playing ball, you know what I mean? I’m not making a huge, huge decision that’s going to affect anyone else, but just myself, so I don’t even know why everybody cares that much.”

Related
Kevin Durant: ‘I Could Have Easily Signed a Long-Term Deal’