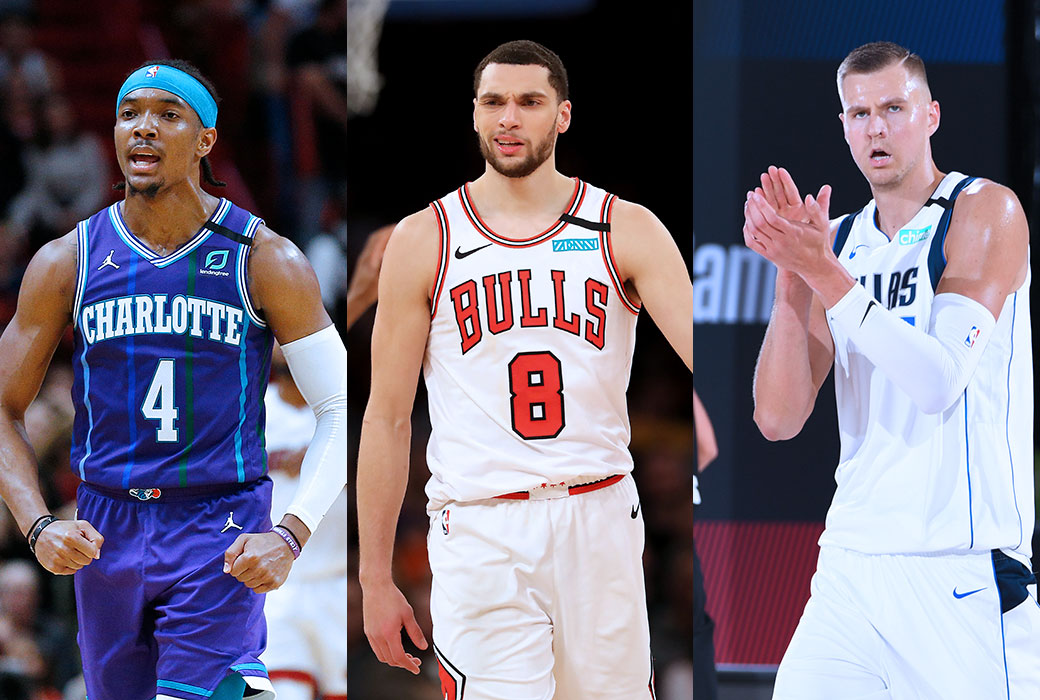 For the first time in his career, Kevin Durant got a chance this past season to observe the NBA from the sidelines. He found himself watching three young players in particular throughout the long, strange 2019-20 season.

While guesting on “The Old Man and the Three” podcast with JJ Redick and Tommy Alter, Durant said that the Hornets’ Devonte’ Graham, Bulls’ Zach LaVine and Mavs’ Kristaps Porzingis “are going to be some forces going forward.”

Durant admitted that he initially thought that Graham wouldn’t make it in the NBA. But Graham made a huge jump this past season, emerging as Charlotte’s full-time starting point guard. “Just to see his ascent from where he came from,” Durant said. “I didn’t think he could be in the League, to be honest.”

In this third season with the Bulls, LaVine finished 11th in the League in scoring and narrowly missed an All-Star berth. “I think he has superstar potential,” KD said of the 25-year-old.

Durant added that Porzingis also has superstar makeup because of his mobility and ability to shoot the ball with a 7-3 frame. He disputed the claim that Porzingis is soft: “He plays with some toughness and he wants to play a little bit stronger and harder,” Durant said.