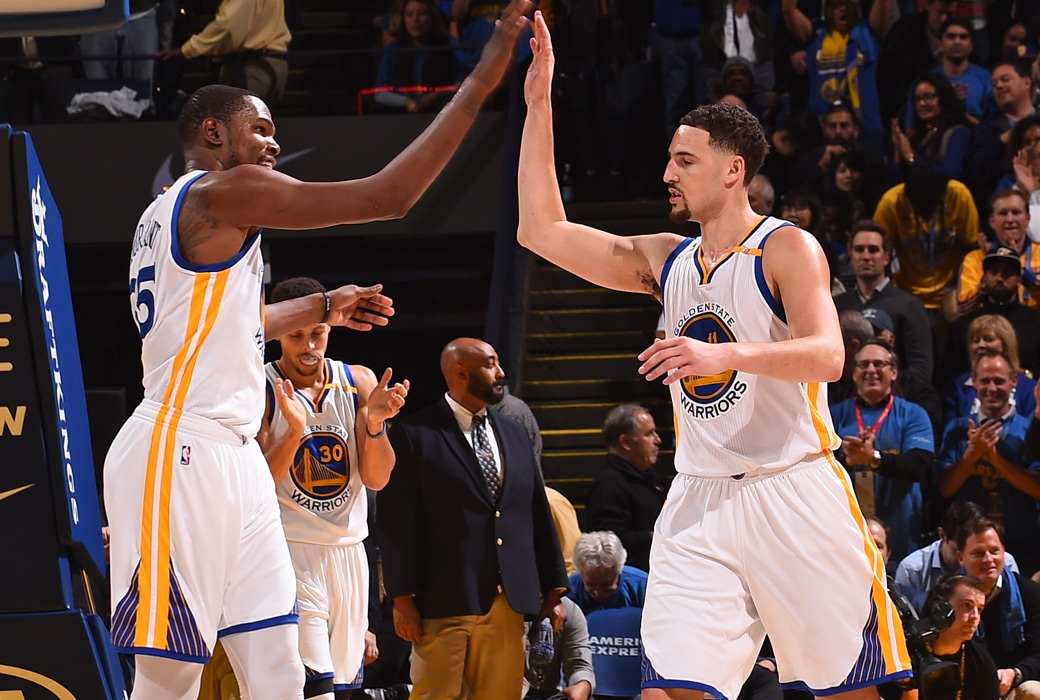 The day before Klay Thompson dropped a career-high 60 points in just 29 minutes, he ditched practice with the Warriors.

While guesting on the Bill Simmons Podcast, Kevin Durant recalled how Thompson overslept and decided stay in bed (H/T CBS).

KD: “The [day] before he had 60, Klay just missed practice. He didn’t come. He just— You know when practice starts, it was like, ‘Where the hell is Klay?’

You still don’t know what happened?

KD: “Don’t know what happened. I think he said, like, ‘Man, I was an hour late, two hours late. I was like, I might as well just stay in bed.’

“Then he came out and had 60, and I was like, This guy. If everybody in the world was like Klay, the universe would be better.”

RELATED:
Klay Thompson is the Coolest MFer in the NBA