Kevin Durant to Mavs Fans: ‘Watch the F*cking Game and Shut the F*ck Up’ 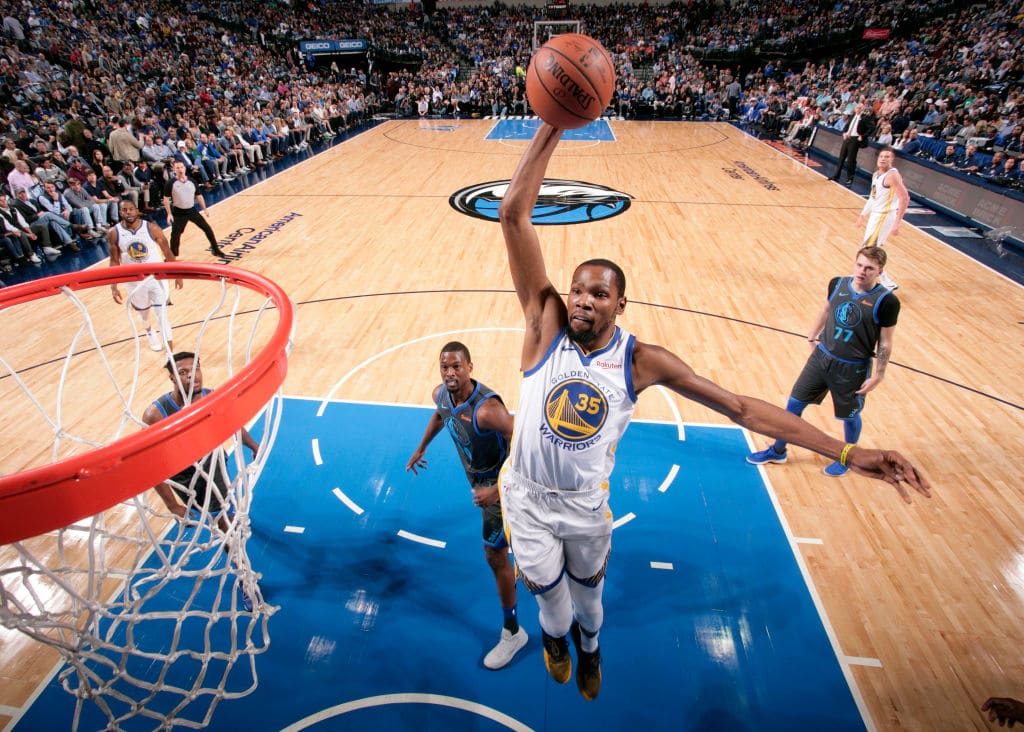 A pair of rowdy Mavs fans got under Kevin Durant‘s skin, and KD fired back by profanely telling them to watch the game and keep their voices down.

It didn’t work, as they kept chirping, and enjoyed Dallas’ 112-109 win Saturday night against the visiting Golden State Warriors.

Durant finished with 32 points in the loss.

Kevin Durant Cusses Out Mavericks Fans During the Game https://t.co/mKLQCGlimJ

The witness says KD’s explicit outburst was completely justified. Kevin Durant went off on a heckler who was sitting courtside at the Mavs game this weekend — telling the guy, “Watch the f**king game and shut the f**k up.”

One witness who was sitting in spitting distance from the incident tells us … the heckler was just saying the typical NBA fan trash talk — calling KD names like, “Cupcake” and other insults.

But, KD wasn’t having it — walking over to the group, leaning in … and cussing the guys out.

Golden State forward Kevin Durant will be fined $25,000 for telling a heckling fan to “watch the fucking game and shut the fuck up” during Sunday’s loss to Dallas, league sources tell Yahoo Sports.

Related
‘This is the Real NBA’: Warriors Going Through Their Toughest Stretch