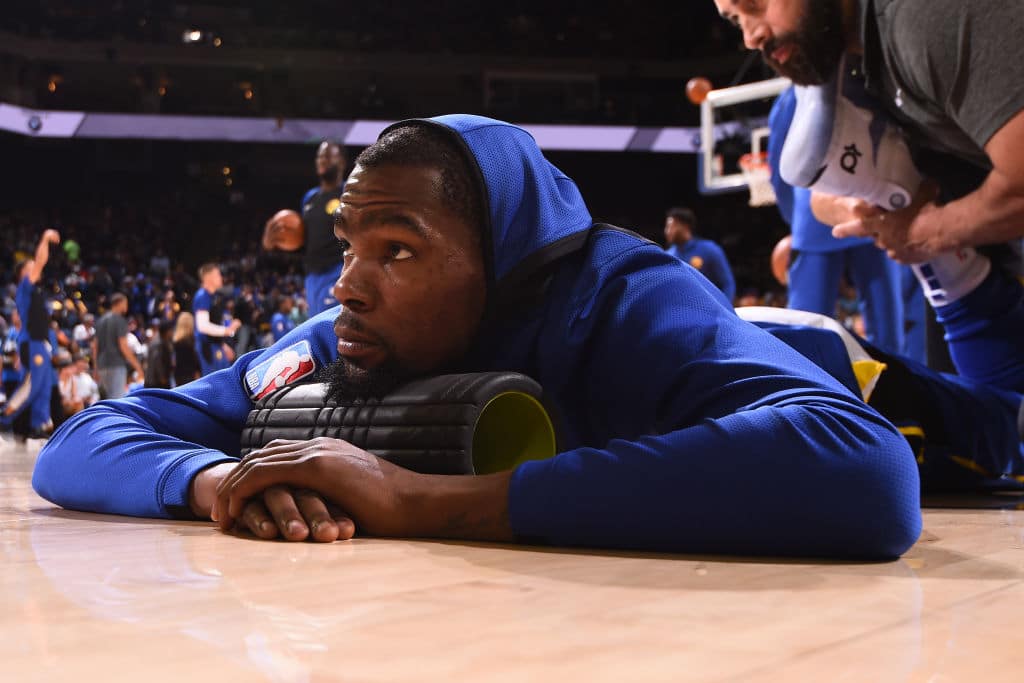 Kevin Durant was unmoved by the banner hung up in NYC this week near Madison Square Garden.

Durant, in town to play the Knicks tonight, says these types of overtures from desperate fanbases won’t influence his free agency decision-making next summer.

KD did throw the Knicks faithful a bone by favorably comparing the experience of playing in MSG to Rucker Park (“just indoors.”)

“I know what this whole thing is, and the attention that comes with being a good player,” Durant said. “That’s a part of the game and the entertainment side of playing in the NBA. A lot of people look forward to that side, and see what’s happening in free agency and all that stuff.

“… I’m not going to sit here and act like I don’t hear it, but my job is to go out there and be the best player I can be every night.”

The billboard shows Durant in a Knicks jersey next to Porzingis with the question, “Can you make NY sports great again?” posted to Durant’s Instagram handle, @easymoneysniper.

“I mean, to be honest, I don’t know how I feel about that type of stuff,” Durant said of the billboard. “It’s cool. No disrespect, but I’m not really impressed with that type of stuff. I just really like playing basketball.”

Related
Kevin Durant Doesn’t Need ‘Anything Extra’ from the Warriors